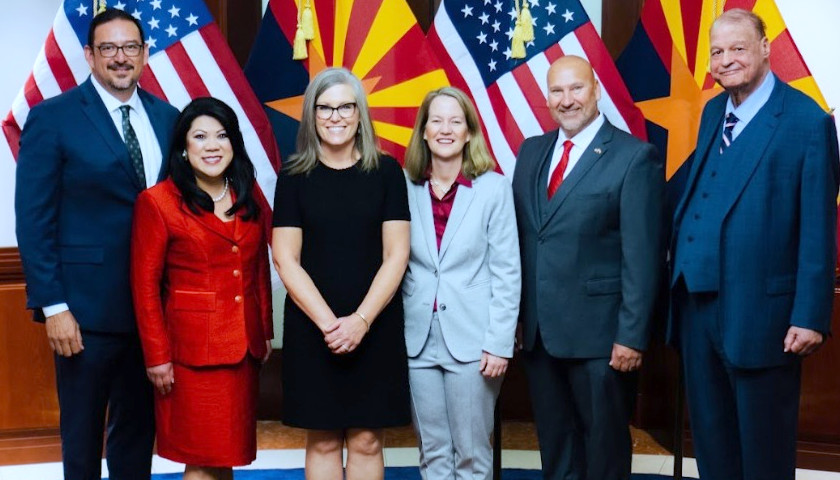 Democrat Katie Hobbs was sworn in as Arizona’s governor on Monday, in the first of two inaugural events this week. A third related event is raising eyebrows, a ball which is funded by special interests, including lobbyists, companies that do business with the state, developers, and builders. Hobbs refuses to disclose how much they are contributing.

Michele Swinick of the Save my Freedom Movement told The Arizona Sun Times she believes it is inappropriate for Hobbs not to disclose the amounts contributed by special interests. “The public has a right to know who is putting the most money into bribing their taxpayer-funded government,” she said. “This is a continuing pattern Hobbs has so it’s not a surprise that she would start out her very first fraudulent day of office with this move protecting her friends.  She hid herself from the Arizona Voters during her campaign and now she’s showing you, yet again, how she operates.  At least you can give her credit for one thing, she’s been consistent.”

On Hobbs’ campaign website, she vowed to “bring more transparency” to the governor’s office, “because the people deserve to know what their leaders are doing with their money.” Hobbs promised to make her administration “the most ethical and accountable” in history.

However, Hobbs refused to let reporters attend the inauguration, except for an AP photographer.