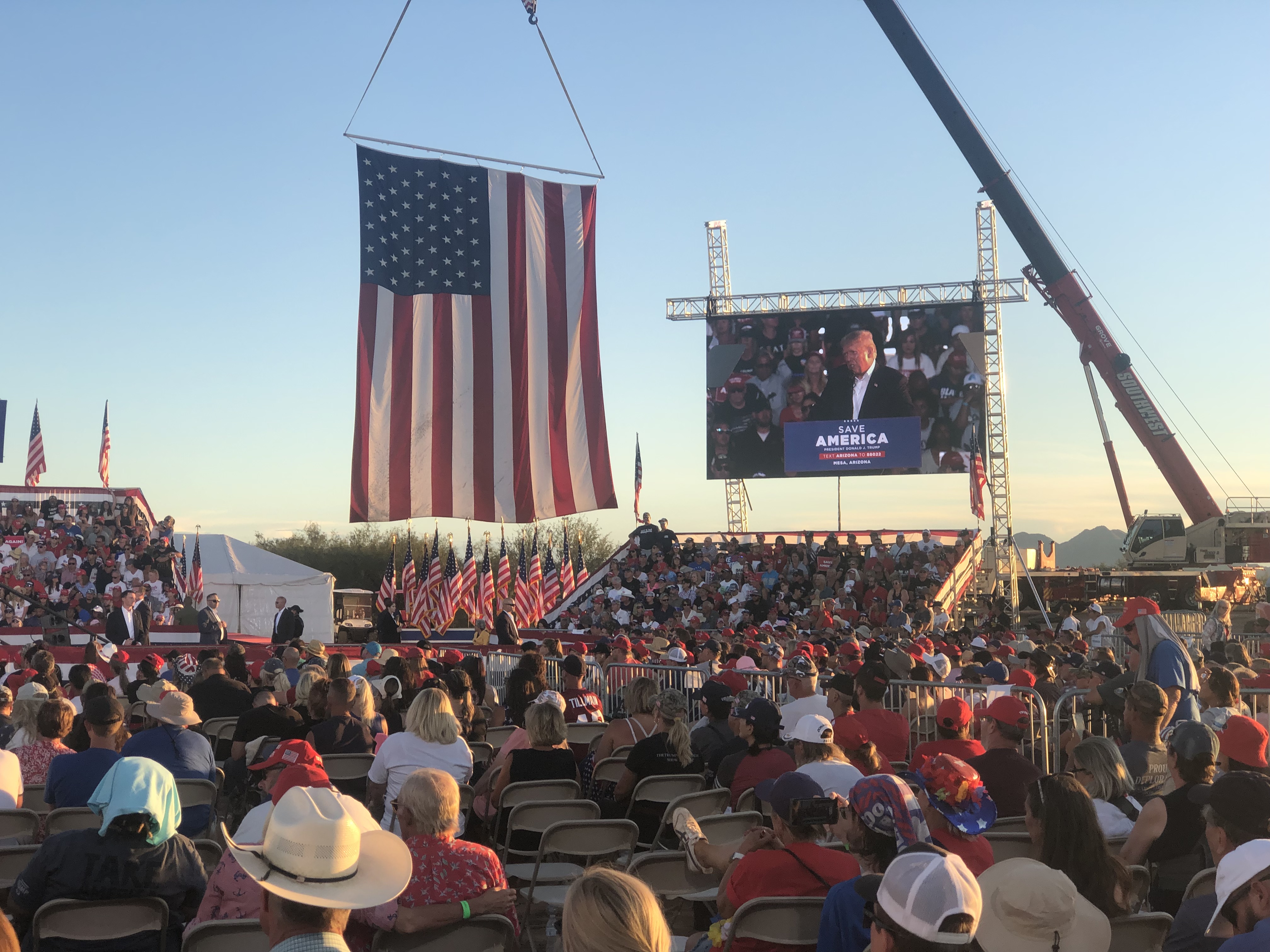 Trump rally by N/A is licensed under N/A N/A
Former president Donald Trump held a Save America rally in Mesa, Arizona on Sunday afternoon to support the MAGA slate of candidates he’s endorsed in the state and to talk about the attacks he’s under. He dropped multiple hints at Mesa’s Legacy Sports Park that he may be running for president again in 2024.

Trump said, “We’ll be making a decision soon. I think everyone is going to be really happy.” He added later during the event that he got more votes in 2020 “than any sitting president in history. Now we may just have to do it again. Stay tuned.”

Most of the rally featured Trump talking, with brief remarks by a couple of the candidates, gubernatorial candidate Kari Lake and U.S. Senate candidate Blake Masters. Most of the crowd could not see the stage due to a large press box blocking their view. A spokesperson for the Lake campaign told The Arizona Sun Times there were limited venue options, since so many locations will not host MAGA events due to the hostility they receive. Shortly after he started his speech, Trump observed all the people cut off by the media box and announced that his people will make sure this does not happen again.

Trump began his talk by discussing what happened to Arizona under the Biden administration. He said gas prices are up 86 percent, inflation is costing the average family almost $1,000 per month, and illegal border crossings are skyrocketing. He said, “The border is completely obliterated,” calling it “the worst border anywhere;” even “Third World countries” would not allow what the Biden administration is doing.
Trump rally by N/A is licensed under N/A N/A
Tweets by Rachel Alexander