Sh*t Can Your Mask: Take Back Your Freedom – Hope Is Eternal! 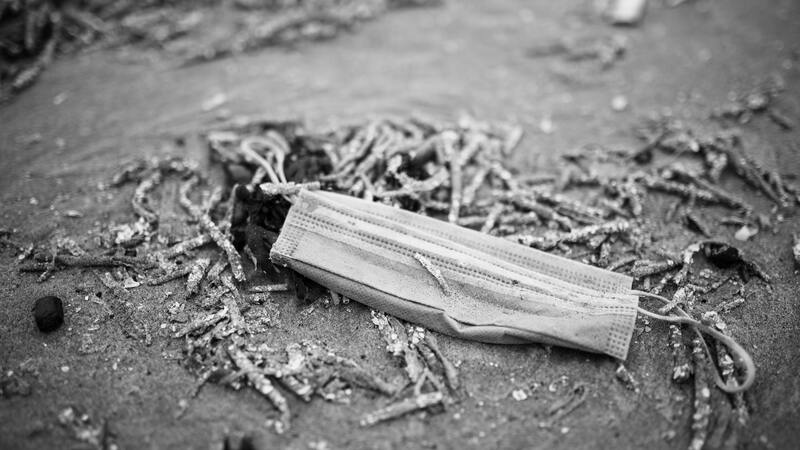 Discarded Mask by Jonathan Farber is licensed under unspalsh https://unsplash.com
A Mask.  Wearing one isn’t about loss of Freedom – it is about saving lives.  Stop the spread of COVID!  Besides, it’s just a piece of cloth.

And this has only been going on for a year now.

You must wear a Yellow Star.  Some people don’t like your type, Jews, but it isn’t going any further, German officials assured them.  This will pass.  Besides, it’s just a piece of cloth.

Approximately six million Jews were killed by Germany.  It wasn’t simply the German people who underestimated the cloth. It was a large part of the World. Publicly, Hitler was very open on blaming the Jewish faith for their current economic woes and losing WWI; there was no place for them in his New World.

It didn’t stop Hitler from being named Time’s Man Of The Year in 1938. In fact, if any of the assassination attempts prior to 1939 had been successful, history would have looked at him as a brilliant statesman.

Yet no one challenged him. Countries, the citizens – even Time Magazine – knew he had radical ideas. But no one pushed for answers or held him accountable. There was no way a statesman of his ilk would play-out his extreme thoughts; he was simply using a piece of cloth for political gains.

Another Holocaust will not materialize from the mask. But it does clearly show what happens when a piece of cloth isn’t questioned.

We are told to simply wear a mask – any piece of cloth covering the mouth and nose will work.  The scientific data behind this idea is weak at best.

What is the percentage of completely healthy individuals in their 20s - 50s who have died from COVID only?  And what, if any, were the circumstances? There is so much the Government doesn’t tell us.

No, questions can’t be asked. If you dare speak-up, share data from other sources or call the Virus Hysteria a sham, you will now become part of the censure culture – no Facebook, Twitter, YouTube or other platforms for you!

Simply wear the piece of cloth and you will be doing your part.  Besides, it isn’t going any further than the mask.

What binds us as a Nation?  The American Flag… just a piece of cloth.

NO, it is much more than cloth; it represents the Land Of Opportunity. The very reason this country was established! Over a million men and women have died for this piece of cloth.

Why? This particular piece of cloth, the Flag, represents the Freedoms which make America the greatest nation ever to exist: Freedom of Speech.  Freedom of Religion.  Freedom to Achieve the American Dream.

The very Freedom to kneel and not Respect the American Flag. Or even the Freedom to burn the actual symbol that represents all of us.

DARE question why people would desecrate the Flag. You will be made the villain and more censorship will be headed your way.

So sit-down and keep your mouth shut. Besides, it won’t go any further than the Flag.

It is just another piece of cloth…until it isn’t.

“Nothing strengthens authority so much as silence.”
– Leonardo da Vinci

Become more involved and assist in Reforming your local Republican Party.
Strive to make your voice heard.
And remember: We are in the majority, we control the Future – they don’t.

Lastly, as a group, don’t wear your mask into any place which requires it.
As more resist, it becomes impossible to enforce.