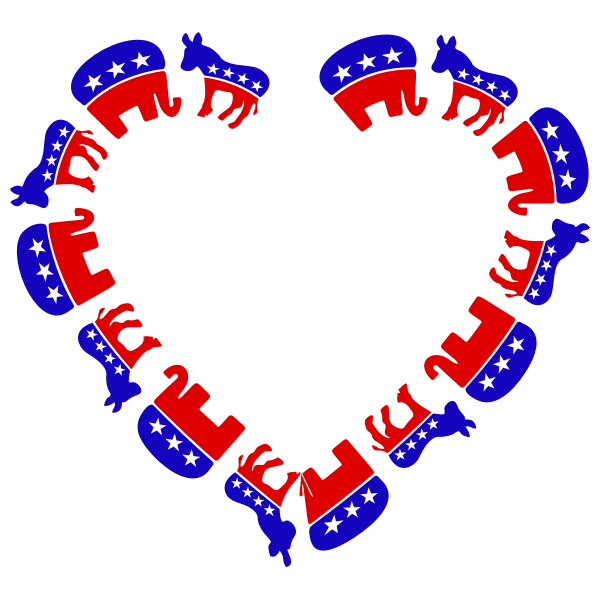 The midterms are near, and it looks like the Republicans may take many seats in congress for sure and could take the Senate…but that is not a given…especially now that Mitch McConnell is likely to die like a prince; just like John McCain, Robert “Exalted Cyclops” Byrd, and Edward Moore “Ted or Teddy” ‘Chappaquiddick Swimmer’ Kennedy, and Iowa’s Charles Grassley.  Human nature has stayed the same since the beginning of the time, and it only honors capital S Self, and usually at the expense of REAL human liberties and freedom.  Not free love/sexual liberation (including abortion), gender abolishment, radical individual autonomy, and radical humanist secularism, that the progressives think is Freedom and Liberty.  Its these “positive rights” and more that is ushering the eventual destruction and downfall of America.  They talk about loving their neighbor under their own power…but they setting themselves up to fail.

Many conservative voices in the conservative media are saying that we must vote Republican or else suffer more under Biden’s agenda (but in reality, it is the hard-core Marxist agenda of the current Democratic Party).  Yes, the Republican Party more often will create a fire wall and yes, they don’t do greater harm like the Democrats have done…and it seems that the people will take that little bit of something or keep an old horse and more often than not out of comfort and preoccupied preventing change that people fear will take them into the unknown or whatever…or just slick campaigns that many people believe hook, line and sinker…and keep desperate politicians in office for as long as they like and likely for life…at the approval of the voters.

I agree with several God-fearing citizens who have been given platforms to speak out the way they are speaking out.  Steve Deace, Shannon Joy, Daniel Horowitz all have challenged the current status quo of our binary political system and the corruption of the leadership of the Republican party as well as the Democratic Party.  I should remind you that the Republican Party was once a third party themselves, challenging the issues of slave trade and pushing for civil rights for people who were of different pigmentation than the “white” people of the day…who basically used their hatred of black people and the pride of being “clear” (a term that Bill Murray used in the first Space Jam movie) to dominate and control people that were not like themselves…and just someone they could bully and control to their hearts content…but just can’t be fully gratified…they needed to abuse the black people even more…just another drug of sorts that made people “feel good.”  Feeling good to give someone that you think is weak or better than you to unleash 50 to 100 lashes of the whip…but never really satisfied afterwards.

As someone who sides with people who try to seek the truth, and try to stand on truth to the best of their abilities (even the atheist/agnostic, but popular Denver radio talker Peter Boyles, but is not one of those radical progs and/or FFRF/AU types), I will tell you to not only vote your conscience, but allow God and his Law to make the choice for you.  God be our judge and your judge.  Fear God over Man.  You also Fear God, because of the temptation to curse God when things go wrong.   There is a time for group think when the thinking is more/less aligned with the law of God, but if the “Vox populi, Vox dei” (the voice of the people) is not speaking for God and/or his law and speaking for a Nero, Xi, Mao, Lenin, Marx, Stalin, Fidel Castro, Alinksy, right up to Lucifer (Satan) himself…then as God fearing people we must protest and demand something that we can honor…even if we do lose America.  I have voted Mostly Republican this election cycle…only one Republican I have not voted for, and please do not tell me I have voted for the Democrat.  You can say “You threw away” or “wasted My vote” all you want, and those are fair statements; but both parties talk about voting for the other party regarding the “binary choice” …all that claptrap is Maurice Duverger horse pucky from both Republicans and Democrats seeking only one goal.  In the word of Charlie Sheen, “Winning.”  Yes, to the winner goes the spoils, and many of those spoils, depending on the leader, still can harm and anger certain interest groups and certain people.

Christians that are faithful to the Law and Gospel, have always left institutions that were corrupted by the apostasies that crept into Churches and related ministries.  Often than not, God always led an exodus out of these institutions, to create new institutions that would be more God honoring.  Jesus points this out in his parable, about putting New Wine into Old Wineskins and Old bottles (Matthew 9:14-17, Mark 2:18-22, and Luke 5:33-39).  Both the old wineskins and bottles will break, because they have been used for so long that they are wearing out.  The same goes for most institutions.  The WHIGS were replaced by the Republican Party as we know it today, because they would do nothing to advance the cause to abolish slavery (but giving lip service to the ideal) and were likely compromised and/or bribed by the Democratic Party to allow the slave trade to continue.  God makes it clear about having the right leaders to govern a people (Exodus 18:21).

If you are carrying water for the Republican party, even if you claim to fear God, and you are telling us to vote Republican regardless…let me just say this.  You are no different than the Democratic Party, who’s base if not certain leaders have finally come around to renouncing God and his Law and embracing a Pagan/Humanist/Secular mind set.  Its these very same Pagan/Humanists/Secularists who try to salvaged their beloved institutions under their own power…but eventually they will fail as their own sin will destroy them Mind, Body and Yes, Soul.

Eventually you have will do much more if you want to guard your liberties and freedoms that were given by God.  You will have to vote with your feet, when the ballot cannot do it for you, along with the elected officials you sent to a governing body to speak on your behalf.