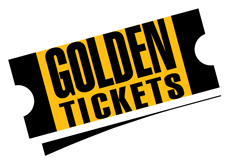 Golden Ticket by N/A is licensed under N/A N/A
Scottsdale-area grassroots Republican precinct committeemen in Legislative District (LD) 3 (previously District 23 before redistricting) put together a “Golden Ticket” for voters in their district this year listing which candidates to vote for and which ballot measures to support in the November 8 election. They expanded it to include as many LDs as they could obtain information for, and now have almost all 30 LD “Golden Tickets” posted. However, some Republicans are loudly objecting, including Nancy Ordowski, the first vice chair of LD-3, and there is some opposition to limiting the number of endorsements for the Paradise Valley Unified School District Governing Board (PVUSDGB).

Maricopa County GOP Member-at-Large Brian Ference, who was substantially involved in preparing the Golden Tickets, designing the One Day Vote website for them, told The Arizona Sun Times he believes those objecting are “RINOs” who are disgruntled that their gubernatorial candidate Karrin Taylor Robson lost the primary to Trump-endorsed Kari Lake.

Ference said significant opposition to the Golden Tickets has come from Ordowski, who gave a speech at the district’s meeting on September 8 that generated backlash. He said Ordowski is refusing to authorize payment of invoices for LD-3 because they involve promoting the Golden Ticket. “Undeterred, the PCs have donated and paid from their own money and are now seeking reimbursement from LD-3,” he said.

Ordowski began her speech by saying, “We are on a path of political suicide in LD-3.” She identified the alleged troublemakers as “the far-right militia, radicals talked about by the media.”