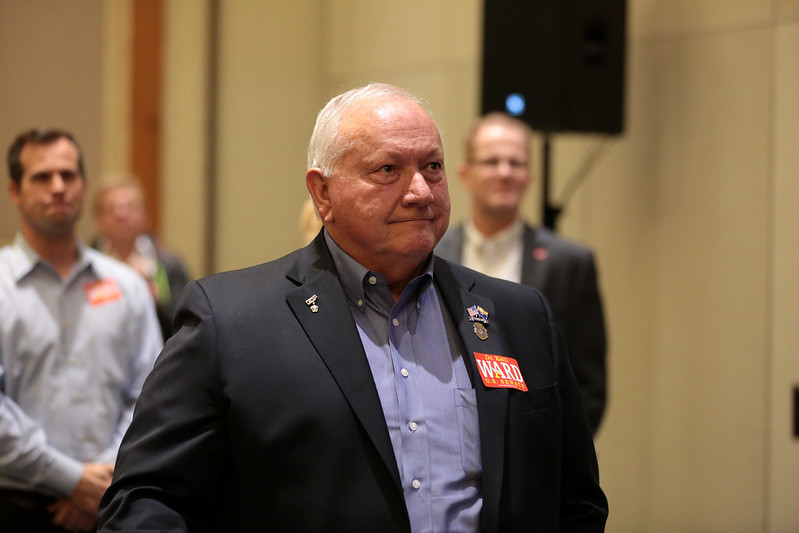 Longtime Arizona Legislator Russell Pearce of Mesa, who served as Senate President in 2011, passed away Thursday at age 75. The sponsor of Arizona’s nationally known SB 1070 curbing illegal immigration, which Governor Jan Brewer famously signed into law in 2010, died peacefully at a hospital surrounded by family and friends after becoming sick earlier in the week.

Former Maricopa County Treasurer Royce Flora, who Pearce worked for as deputy treasurer after leaving the legislature, told The Arizona Sun Times that Pearce was “one of the most decent, honest men I have ever known. I was incredibly blessed to have gotten to spend time working with him those years. He was one of the people who made Arizona great, he had a real love for this state and its people, and worked tirelessly to make it a better place. He truly cared about others and had the most warm, engaging personality. Arizona is a little lonelier without him.”

Flora said Pearce lived by the Thomas Paine quote, “He who dares not offend cannot be honest.” Another line he said Pearce was known for saying was “enough is enough.” Arizona Corporation Commissioner Jim O’Connor, a longtime friend of Pearce, told The Sun Times, “He is an American Patriot. Proud to have known him and worked with him through the John Birch Society.”

Pearce was loved on both sides of the aisle, famous for his friendship with Senator Kyrsten Sinema (D-AZ) going back to when she was in the state legislature and considered the most liberal member — the Arizona Federation of Taxpayers awarded her the Vladimir I. Lenin Award. According to one source, Sinema moved her desk at the legislature to sit next to Pearce.