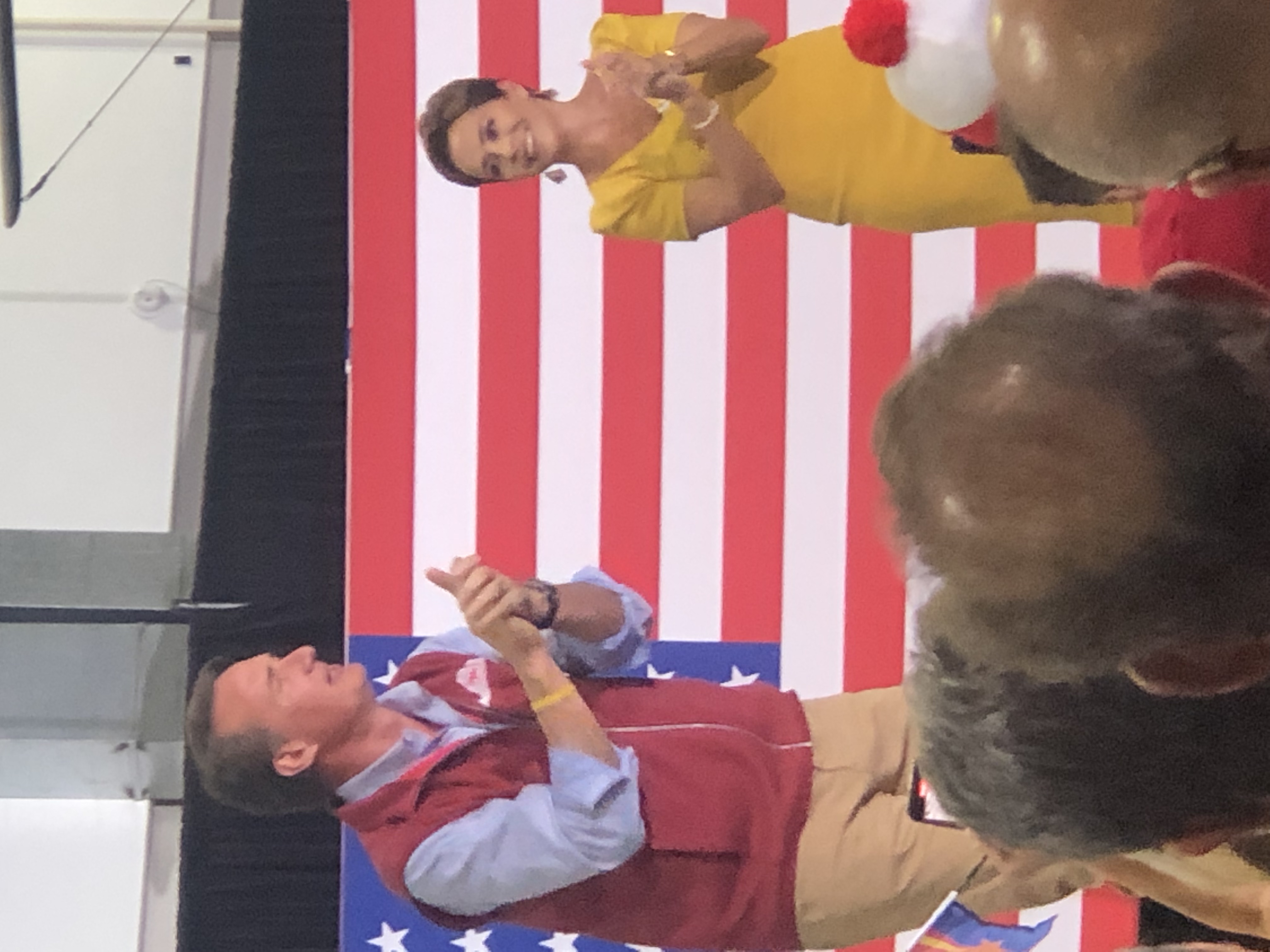 Kari Lake and Glenn Youngkin by N/A is licensed under N/A N/A
SCOTTSDALE, Arizona – Speaking to a packed crowd of several hundred at the headquarters of ammunition company Dillon Precision on Wednesday, Kari Lake received loud cheers when she announced, “I will declare an invasion on the border on day one when I get into office.” She added, “I want us to be known as The Grand Canyon State, not the fentanyl cartel state.”

Lake made the announcement at a rally featuring fellow Republican, Virginia Governor Glenn Youngkin, who returned to the key battleground to stump for Lake at the Scottsdale rally.

The day before, newly-declared independent Tulsi Gabbard showed up to support Lake in Chandler. During his speech, Youngkin compared the transformation of his state switching to Republican control to Lake defeating her Democratic opponent Katie Hobbs.

Both Lake and Youngkin spoke with no notes or teleprompter. They focused on the absence of Hobbs on the campaign trail, and her repeated refusals to debate Lake. Lake observed, “I think we’ve done more events today than Hobbs has done the entirety of the campaign.”