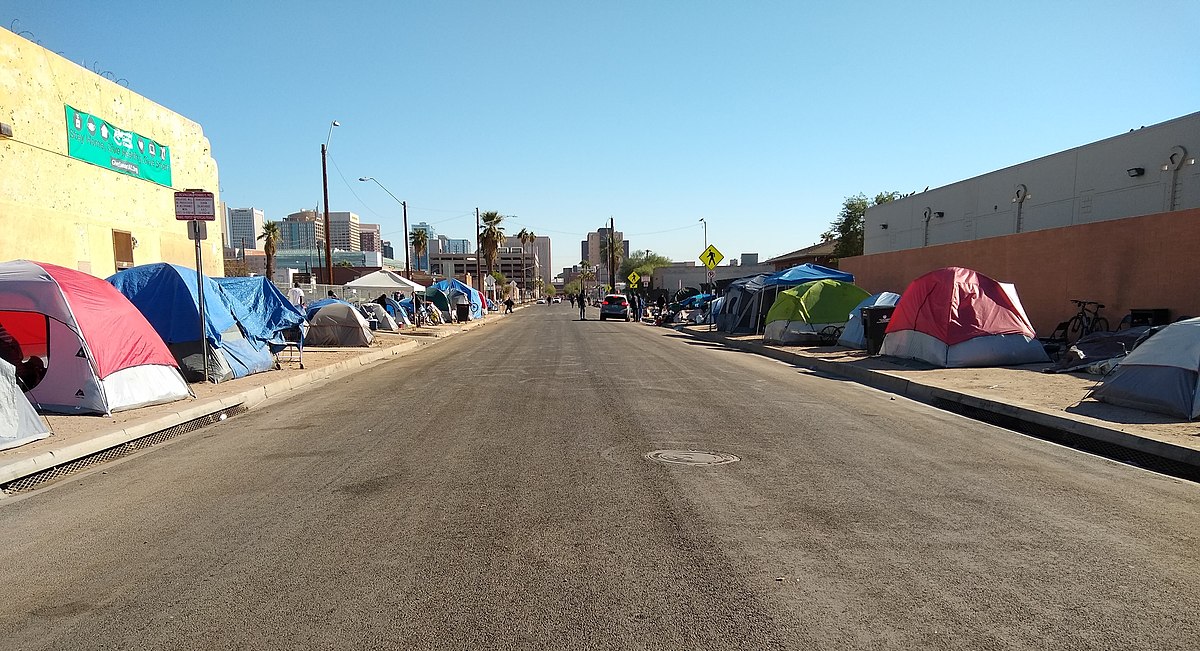 A lawsuit filed last August challenging “the largest homeless encampment in Arizona” is going ahead after a judge denied the City of Phoenix’s motion to dismiss. Residents who live near “the Zone,” which has grown to over 1,500 people, allege that the city has failed or refused to enforce criminal, health, or quality of life statutes to improve the Zone.

Maricopa County Superior Court Judge Stephen Tully said in his January 16 ruling that dismissal wasn’t warranted because the city didn’t meet the standard where “as a matter of law plaintiffs would not be entitled to relief under any interpretation of the facts susceptible of proof.” He found that the plaintiffs properly pleaded their case and supported a private cause of action for public nuisance.

The city had argued that discretionary enforcement actions, such as enforcing ordinances against public urination or camping, cannot be compelled by a judge.

Located just a few blocks south of the state capitol, the Zone is made up of tents or makeshift shelters from crates and tarps and strewn with shopping carts and discarded furniture. The Goldwater Institute said it’s “led to a spike in violent crimes like shootings, stabbings, and rapes, as well as the destruction of dozens of businesses in the area.” One homeless person complained to NPR that the Zone is full of flies and cockroaches.