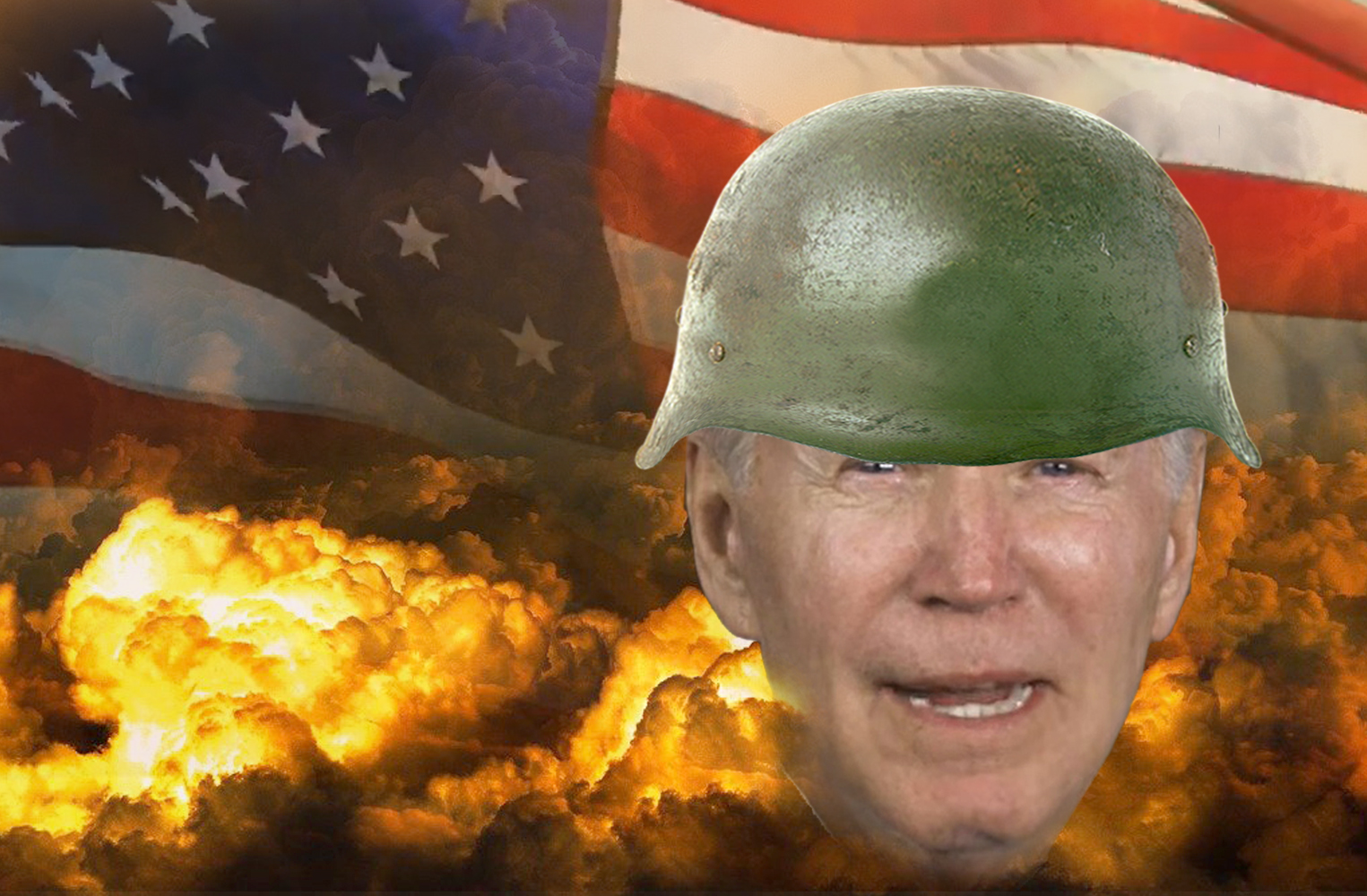 Biden Declares War on America by Peter Lemiska is licensed under N/A N/A
Joe Biden says he’s engaged in a battle for the soul of the nation. But everything he’s done throughout his administration suggests he’s not fighting for America’s soul at all. The destructive policies that he’s implemented tell us that his mission is to destroy America as we know it.

Biden’s open border policies have virtually eliminated our national sovereignty and continue to allow literally millions of unscreened, potentially dangerous foreign citizens and tons of deadly drugs to flow into our country unimpeded.

His relentless attacks on our oil and gas industries, and arbitrary medical lockdowns have given us epic inflation and crippled our economy. His “benevolent” government handouts are transforming our nation into a welfare state, now facing an insurmountable national debt.

And while he cleverly tries to distance himself from the “defund the police” movement, his vacillating and contradictory position on law enforcement undoubtedly allowed the Democrat anti-police hysteria to metastasize. It resulted in an explosion in crime across the country.

Then, in the wake of the recent SCOTUS decision, Biden and the Democrats used deception and propaganda to rally millions of their allies behind another inhumane, un-American cause – the absolute right to dispose of unborn babies at will. They call it a right guaranteed by the Constitution.

Through his whole-hearted embrace of the LGBQT movement, Biden seems determined to normalize what has traditionally been considered abnormal, and worse, to instill those norms into impressionable young minds through our education system, with or without parental approval.

Maybe we should have paid closer attention when Biden told us that he planned to fundamentally transform America.

But arguably the worst damage he’s inflicted on our country is the deep division and hatred that he regularly cultivates.

That was never more apparent than during his September 1st speech in Philadelphia. Ironically, he chose to deliver his personal message of hate in the city of brotherly love.

After a few perfunctory words about our founding documents, he began to spew his bile. He warned us about a threat to our democracy, but he wasn’t talking about Islamic terrorists, Communism, socialism, or attacks by geopolitical adversaries. He was talking about patriotic Americans who happen to oppose his policies.

Most people have heard or read the speech by now. Democrats generally praised it as optimistic and inspiring. More objective, grounded Americans heard nothing but distortions and hyperbole, projection and outright lies.

Biden made perhaps two observations during the speech that made sense to everyone:

1. “Too much of what’s happening in our country today is not normal.”
2. “…it is within our power, it’s in our hands — yours and mine — to stop the assault on American democracy.”

And yes, it is in our power to stop this assault on democracy, but we have to understand where the assault is coming from.

It’s not coming from President Trump or his MAGA followers. The threats we’re facing today came to us exclusively through Biden’s policies. For he, not Donald Trump, has occupied the White House for the past two years.

And it’s Biden who has proven time and again his lack of leadership. The polls show it. Everyone knows it. He’s a man frequently befuddled by everyday tasks. And he has apparently become a tool of the radical left. He may even be a victim of blackmail, now under the influence of America’s enemies.

But even with the enormous power of the presidency, he could not have inflicted such destruction on America without the backing of Democrats.

Throughout his administration, Democrats have controlled both houses of Congress. And like loyal soldiers, they have uniformly fallen in line to support his agenda. They will continue that support if they retain control of Congress.

It’s Biden and the Democrats who are laying siege to our democracy. And our elections do give us the power to stop their assault. But it can’t be done unless voters first recognize just how radical Biden has become, and how he perceives this country and its future.

He offered a clue at the close of his speech – at the close of virtually all his speeches. Perhaps it’s just a meaningless observation, but nearly every American President in recent times has ended major address with these words: “God bless America.” For some reason, Biden seems unable to utter those three simple words.