Humanism/Atheism is becoming the State Religion of America...If Not Already 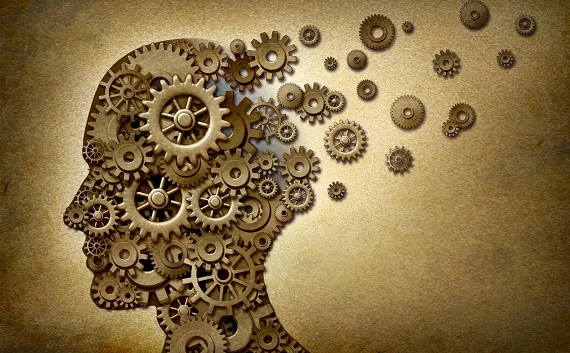 Natalia Mittelstadt, a reporter for Justthenews.com, recently did a story on the Biden Administration and their state department funds going to countries in order to spread the message of Humanism and Atheism, especially in South/Central Asia and in the Middle East/North Africa regions.

A group of 15 Republican in congress have gotten wind of this and have spoken out on this.  However, these very same Humanists/Atheists then say its not a religion but a way of thinking, and is how they have able to make their worldview more popular and acceptable and coming closer to becoming the state religion of America.

Rep. Glenn Grohman (R-Wisc.) has been the spokesperson for the 15 Republicans on a recent episode of the John Solomon Reports podcast said;

Grothman also recognizes that Atheism has long been the shared belief of progressives as well as communists;

[A]s our country becomes more and more close to Communist, as we get more and more progressives in the government, I don't think it should be surprising that Joe Biden wants to educate the world that one of the reasons for our success is, apparently, our belief in atheism.

Grothman is right, and it seems that Atheism and Humanism are also the chosen faiths of the globalists in general which finds allies in the American left.  It’s not really a new revelation but rather reinforces statements made in the past, especially from two advocates of Humanism if not Atheism itself, especially when it comes to one of its sacred institutions; the American K-12 public education system.

Charles Frances Potter who came from a Christian background starting out as a Baptist Minister, but he apostatized and converted to Unitarianism which accommodated his liberal worldvie but as he got more progressive, those views were too much for the Unitarians at the time and eventually embraced Humanism and founded the First Humanist Society of New York said this regarding humanism and public education.

Education is thus a most power ally of humanism, and every public school is a school of humanism. What can the theistic Sunday school, meeting for an hour once a week, and teaching only a fraction of the children, do to stem the tide of a five-day program of humanistic teachings?

John J. Dunphy a national known writer and used bookstore owner reinforced Potter’s statement in his piece “A Religion for a New Age” which was first published in the January-February 1983 issue of The Humanist.

I am convinced that the battle for humankind’s future must be waged and won in the public school classroom by teachers who correctly perceive their role as the proselytizers of a new faith: a religion of humanity that recognizes and respects the spark of what theologians call divinity in every human being. These teachers must embody the same selfless dedication as the most rabid fundamentalist preachers, for they will be ministers of another sort, utilizing a classroom instead of a pulpit to convey humanists values in whatever subject they teach, regardless of the educational level — preschool day care or large state university. The classroom must and will become an arena of conflict between the old and the new — the rotting corpse of Christianity, together with all its adjacent evils and misery, and the new faith of humanism, resplendent in its promise of a world in which the never-realized Christian ideal of “love thy neighbor” will finally be achieved.

Yes John, we saw much of what you said in the piece.  We just point out what WE think the clincher of your piece really is.  Like Potter you too see public education as a school of Humanism and that is what it is.

Business entrepreneur Douglas Harris has two daughters; Bailey and Ellie.  Both were indoctrinated deep into the ideals of evolution and humanism.  Bailey focused on evolution and Ellie promotes humanism, and if you look at Ellie’s book and basically introduces children to not only humanism and certain basics of modern progressivism and its idols who have now passed including Harvey Milk and Ruth Bader Ginsburg.  The same humanists that don’t want you Christian parents to indoctrinate your children with a Christian worldview until they are “mature enough.”  Yet Father Doug has taught his girls very well and at a young age.  Humanism is really just a component of the greater Progressive Religion and Political movement.

The humanist worldview promises peace, love and understanding just as long as you’re not a follower of Jesus Christ and an advocate for the Law of God, as both serve a conflict to the humanist.  They must wage war against these very things (Revelation 17:14).  Most humanists tend to hold to a progressive worldview and also push a progressive worldview.   Thus, proving the point and concerns made by Rep. Grohman.

Grothman stated that if the Biden administration “were giving out grants to promote Catholicism” or Mormonism, "the liberals would be up in arms.  But when we send out grants to promote atheism, the mainstream media, the popular culture, they are quiet."  Truth of the matter is that the liberals who are in control of the major media and culture tend to support atheism and humanism themselves and have reenforced that very progressive worldview over the years. They are doing what they can to make the masses accept their worldview and create enough resistance against people who would challenge their worldview…even if their popular worldview is proven to be false.

Atheism indeed is a shared faith among communists and progressives, as both groups make government a God of sorts and both share the same authoritarian views.  They also both agree on easy sex and easy access to birth control and abortion, as human pleasure takes priority…regardless of who it harms…and the adults in the room don’t care.

For years we let the progressives run the show believe they were the smart ones.  The chickens have come home to roost and its now time to push back.