How Grifters are Increasingly Hijacking the Right 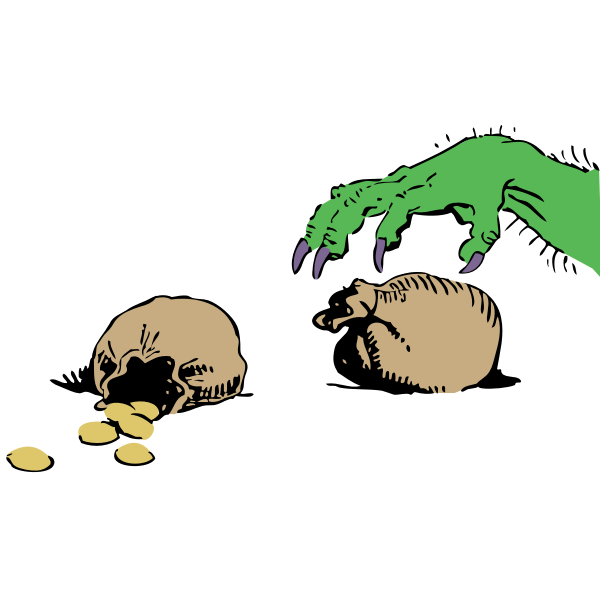 It’s becoming more and more apparent that grifters are hijacking the conservative movement; people more concerned with making money than helping the cause. They’ve figured out that inflammatory rhetoric disguised as news, combined with outrageous comments from famous figures on the right, gets clicks and opens wallets, so this now drives the right’s agenda. Instead of measured, calculated steps being taken to accomplish a conservative agenda, those who scream the shrillest set the platform.

The grifters are fond of throwing around certain important words like the Constitution, patriot, MAGA, God, America First and RINO — our favorite words, so they sound like they’re one of us. But they frequently misuse them. They’ll declare that the constitution requires whatever they say it does, even if they’re not constitutional experts and haven’t bothered analyzing years of case law.

It doesn’t matter how lengthy your conservative credentials are, how much you’ve studied constitutional law, or how much your position aligns with Supreme Court Justice Clarence Thomas over theirs; if you don’t go along with their determination of what the Constitution says, you’re now a RINO who doesn’t care about the Constitution.

These loudmouths do outrageous things to get attention, which leave the rest of us stuck defending them since we all realize there’s a slippery slope; if we allow the left to make inroads into defeating them, it will make it easier for them to come after the rest of us. But it wastes valuable time; it puts us constantly on the defensive, treading water instead of making advances.

One of the most damaging areas where this is happening is election integrity. Hysterical outlets on the right constantly run blaring headlines declaring there has been voter fraud and that people should go to prison — but a quick perusal of the law often finds that there wasn’t any crime. Often there is a civil violation, or a body in charge of investigating such as the Arizona Senate decides not to take any action due to a single RINO legislator impeding the effort.

We saw this happen with COVID-19 vaccines. What started out as advocating for freedom of choice when it came to the vaccine got hijacked by loud, angry voices asserting what had traditionally been more of a fringy left position championed by Robert Kennedy Jr., anti-vaccine. This left people on the right in the strange position of disagreeing with Donald Trump on the vaccine, more evidence something was off. And the left happily went along with rewriting the debate for us.

An accountant for what’s become known as “scam PACs'' went to prison for his role in raising $2.2 million using Ken Cucinelli’s name. The PAC donated only $10,000 to Cucinelli’s gubernatorial campaign in Virginia according to Cucinelli. This Conservative StrikeForce PAC raised more than $2.8 million between January 2013 and June 2014 but only $82,000 of that went to candidates or campaign committees.

Yes, it’s true that the Democrats today have descended into rudeness, mastering Saul’s Alinsky’s Rules for Radicals. But one of those rules is holding the opponent up to their own standards — unlike the left, we have Judeo-Christian values. We will lose every time we violate our own standards and join the pigs in the gutter.

Grifters are taking over conservative media too. Good journalism never was expected to make money — that’s why the left has gotten away with PBS for so many years, people realize there’s a disconnect. The leading conservative magazine of the 20th century (before it became much more moderate during this century), National Review, was the product of William F. Buckley Jr. who came from wealth. When it launched, everyone who was a part of the magazine was expected to either be supported financially by their family or have another job. It didn’t turn a profit for years. In 2015, its editor at the time, Rich Lowry, converted the magazine into a nonprofit, stating, “[P]ublishing a serious opinion magazine has never been a profitable business, and never will be."

The hysteria caused by grifters is causing people anxiety. They’re bombarded by messages every day declaring there’s massive voter fraud that’s going to result in people going to prison, that the election is about to be decertified, that terrible things are going to happen to Democrats. As the former Maricopa County Elections attorney (when it was under better leadership), who has written more about voter fraud than almost any other reporter, I can tell you there’s a lot of fake news accompanying the valid evidence of wrongdoing. So when little happens in terms of consequences, patriots feel worse than they need to. Yes, our country is in a bad place, going downhill fast, but adding in fake news leads to unnecessary confusion, anxiety and makes our side look like the boy who cried wolf or ignorant when we get caught repeating the fake news. Look what happened to QAnon.

A well-connected insider told me that there are some Super PACs, unaffiliated with the GOP, with questionable numbers. They pay their executives huge salaries and have immense overheads. While this information can be found on the FEC’s website, or the slightly easier to understand Open Secrets website, it takes a bit of digging. He believes someone should set up a website specifically monitoring them.