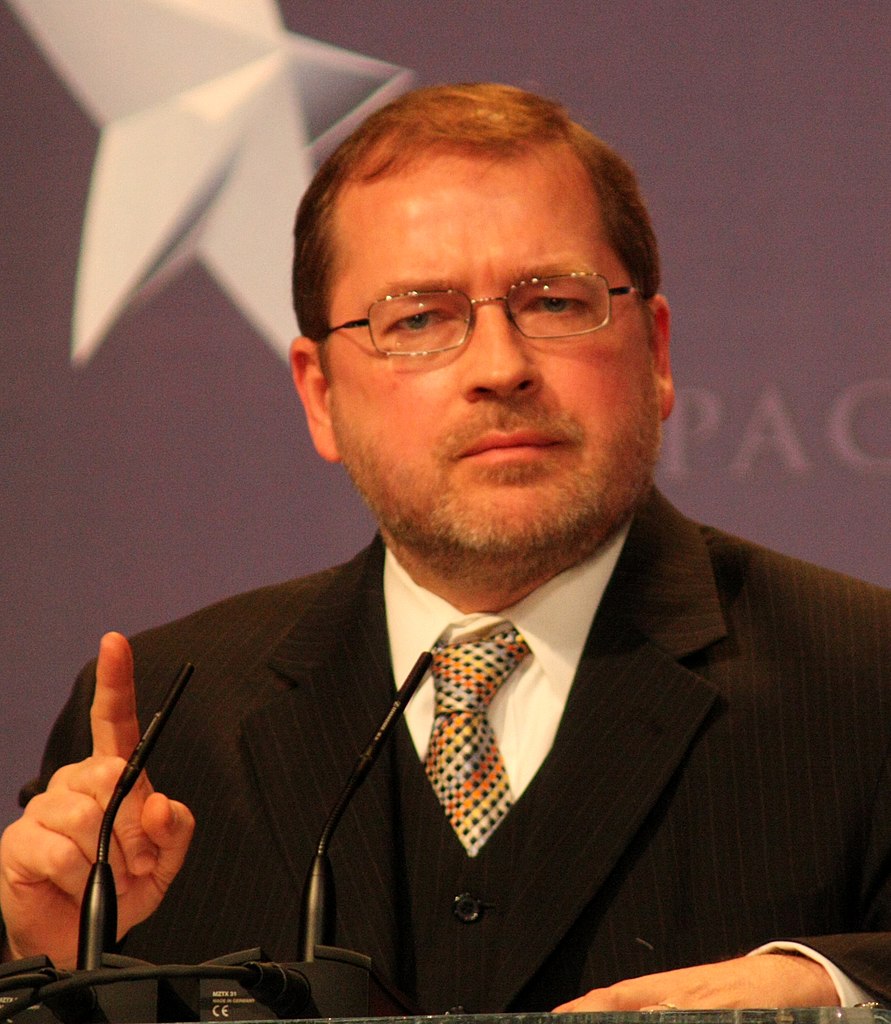 Grover Norquist by Gage Skidmore is licensed under N/A N/A
During a recent Arizona Chamber of Commerce gubernatorial candidate forum, Democratic Secretary of State Katie Hobbs, who is running for governor, said she would not raise taxes if elected. Grover Norquist, president of Americans for Tax Reform (ATR), asks political candidates to sign a pledge to “oppose and veto any and all efforts to raise taxes,” but Hobbs has not responded to the group’s repeated requests.

Norquist told The Arizona Sun Times, “Her statement that she has no plan now to raise taxes is the classic response of people who intend to raise taxes. We have shared the pledge twice with her and she has refused to make a written commitment to oppose.”

He went on, “She voted for tax hikes that weren’t even going to pass, wildly unpopular. And voted against lower taxes for the citizens of the state. If my neighbor told me he had no plans to eat my cat, I would keep my cat inside. If I lived in Arizona, I would hide my wallet. I’ve heard a lot of people try to sound like they don’t want to raise taxes. If you say it really quickly, it sounds like they said it. Keep your cat inside.”

When asked by ACC President and CEO Danny Seiden during the forum if she would raise taxes, Hobbs responded, “Absolutely not. I am pro-growth.” She pointed out that raising taxes requires a two-thirds vote in the Arizona Legislature, which would make it difficult.