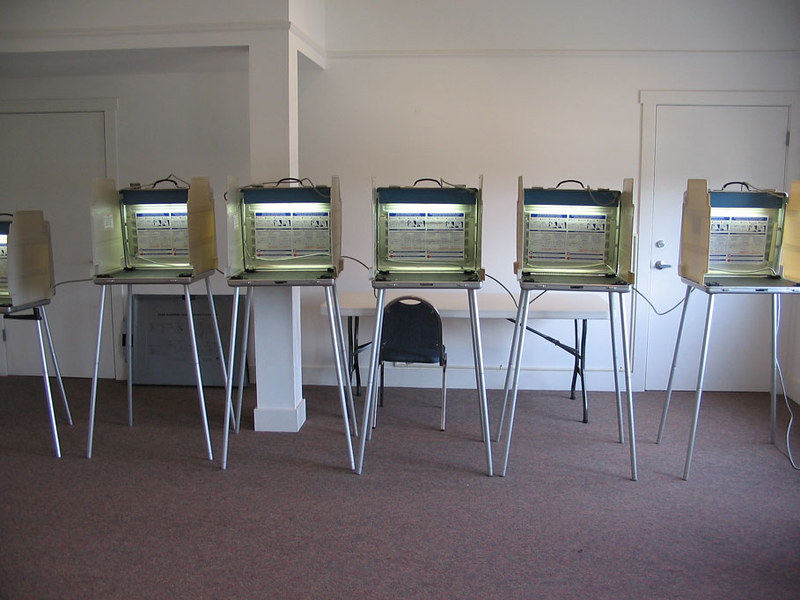 
A small group of concerned Arizonans, including one brave Arizona Corporation Commission member, are trying to convince Arizona counties to switch to counting ballots by hand instead of using electronic voting machine tabulators. Concerns have heightened around the country that unscrupulous actors are manipulating algorithms in the machines to adjust election outcomes. France, a country of 65 million, counts all ballots in the presidential election by hand, and is finished counting them an hour and a half after the polls close. If a country that large can do it easily, why not some small counties? Why the intense opposition? So far, they’ve persuaded at least one county in Arizona to conduct a hand count.

Arizona Corporation Commissioner Jim O’Connor, who is a well-respected and trusted official in the state, sent letters to county officials around the state putting them on notice that they will be violating the law if they use the machines in the election. A significant number of citizens around the country are looking into the accreditations of the labs that certified the machines before 2020 and afterwards, and discovered all kinds of problems, which they believe invalidates the certifications for the voting machines.

In some instances, the Certificates of Accreditation were missing from the Election Commission Assistance’s (EAC) website. The EAC claimed it was due to poor administrative errors, improper interpretation of 52 USC 20971 (c)(2) and even blamed COVID-19, which wasn’t declared an emergency until long after the Accreditations should have been completed. Why all the monkey business with something that people know is going to be one of the most highly scrutinized areas regarding voting in the country?

As a result of O’Connor’s efforts, the Arizona Secretary of State’s office, which is currently headed by election fraud denier Katie Hobbs who is now running for governor, filed an ethics complaint against O’Connor with the Arizona Corporation Commission. Hobbs was furious the group was making inroads with their efforts. She filed the complaint four days before the Cochise County Supervisors (CCBOS) were scheduled to vote on whether to conduct a hand count. The CCBOS voted in favor of conducting a hand count in addition to using the machines, with Supervisor Peggy Judd declaring before her yes vote, “I might to go jail.” Hobbs’ office responded with a letter threatening litigation unless the CCBOS reduced the hand count to a meaningless small portion.

Arizona Attorney General Mark Brnovich jumped in, prompted by a request from a state legislator on whether the hand counting was legal. He stated that the CCBOS may conduct a full hand count that includes early mail-in ballots. This will satisfy many of voters’ concerns, who are worried about fraud in a few key races such as Kari Lake for governor. Lake filed a lawsuit trying to stop the use of the machines earlier this year, citing evidence of manipulating the algorithms, but it has gotten nowhere under the Obama-appointed judge handling the case.

Many voters are concerned that fraud occurred in Arizona’s primary election, since Lake went into the election up nine points according to a Rasmussen Reports poll immediately before election day, but ended up winning by only a couple of points. Arizona Republican Party Chair Kelli Ward believes there was fraud in that election.

More information continues to pour out about how vast the Yuma County ballot harvesting scheme highlighted in the film 2,000 Mules was, as two more operatives were just indicted. Progressive groups aggressively targeted newly naturalized citizens in Arizona to break turnout records in the primary election. And it recently came out that Maricopa County Elections rejected “bad signatures” 14 times more during the primary election than during the controversial 2020 general election.

While there is no chance Maricopa County will consider counting ballots by hand, due to being run by county supervisors who are election fraud deniers and a Maricopa County Recorder who started a PAC supporting GOP election fraud deniers and frequently ridicules voters concerned about voter fraud on Twitter, other counties are considering the issue this week. A complaint was filed with the Arizona Attorney General’s Office against Richer for allegedly using government resources to oppose an election integrity ballot measure. Although Republicans are applying to work the polls in droves, his office strangely hired 145 more Democrats than Republicans to staff the primary election.

In response to O’Connor’s letter warning them that the machines are illegal, which was amplified by an effort by Michele Swinick’s Save My Freedom movement and Brigette Gabriel’s ACT for America, Santa Cruz County will be addressing the issue on Tuesday.

Other counties around the country are starting to switch to hand counts. Nye County in Nevada intends to hand count — but powerful, deep-pocketed progressive advocacy groups including the ACLU are stalling the effort through lawfare. They found a technicality, which judges afraid of having their reputations destroyed have seized upon in order to duck the issue.


Voters concerned about fraud in Arizona are going all out this election to ensure there is little opportunity for dishonest actions. A federal district court judge ruled on Friday that observers may watch ballot drop boxes. U.S. District Court Judge Michael Liburdi slapped down accusations that the volunteers were engaging in voter intimidation (many of the observers sit in their cars over 100 yards away where no one even notices them).