Gab Founder Believes ‘Christian Nationalism’ is Viable, Not How the Left Portrays it 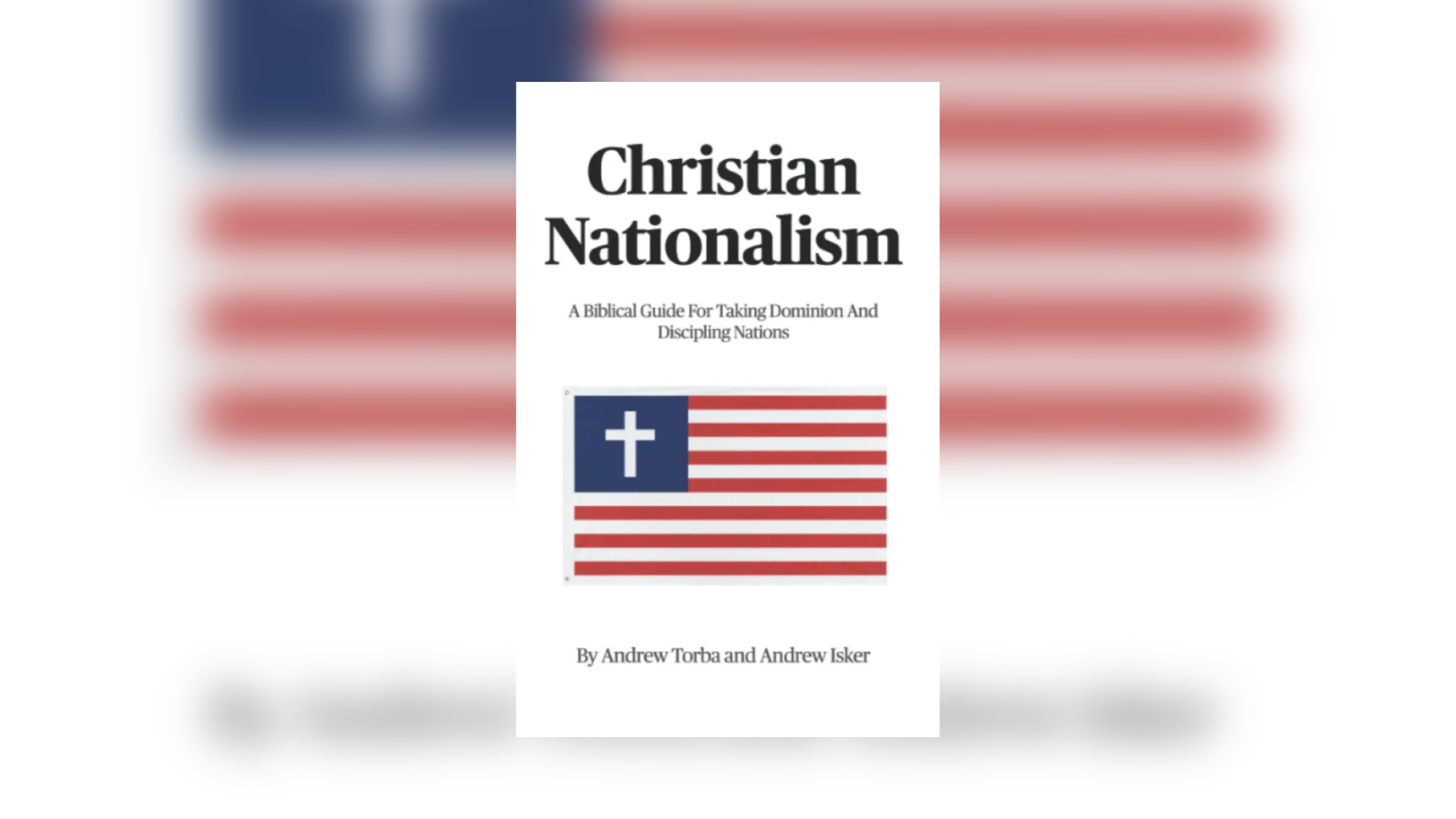 GAB CEO Andrew Torba, who founded the social media platform to avoid the censorship of Big Tech, has a new book out titled Christian Nationalism: A Biblical Guide For Taking Dominion And Discipling Nations. The concept of Christian nationalism has taken a beating in the MSM lately, due to false associations with theocracy and even racism. But Torba doesn’t think the phrase has become so damaged that those of us on the Christian right can’t use it to describe ourselves and our goals.

Torba, who co-authored the book with Minnesota Pastor Andrew Isker, explains that he started Gab because he “saw dissenters being silenced.” Torba himself has been canceled in many ways. His site has been accused of allowing hateful content, since he goes out of his way to make sure there is little censorship. But at the same time, he has taken down some of the most offensive content. So those criticizing him are trying to have it both ways.

Torba goes over the history of the U.S., how it was founded as a Christian nation with Christian states (did you know Maryland’s first official religion was Catholicism?). In fact, most states had requirements that officeholders be Protestant Christians. It was the federal government which was secular. And even then, “The point of the Establishment Clause was to retain the distinctive Christian heritage of the American nation not to destroy it.”

He observes how the definition of Christian nationalism has changed over the years, as Catholics have left their church to become Protestants, mainline Protestants have become nondenominational, Christians have become more independent thinkers, etc.

He says it’s time for a massive Christian nationalism movement which is not just political, but also a social, cultural and economic movement which means involvement like buying goods and services from Christian businesses. The reason to get involved is to stop allowing the “demonization and destruction of the nuclear family and the corruption of our children to happen.” The U.S. is “a Christian nation that has been subverted by a handful of secular ruling class elites that demonize Christians at every turn.” The movement’s “primary goal is to build a parallel Christian society, economy, and infrastructure which will fill the vacuum of the failed secular state when it falls.”

Torba further explains. “We enter the adversary’s battleground — Twitter and Facebook for example — and expect to gain ground on land that the enemy controls where they can wipe us out with the click of a button. We consume news and media that is carefully crafted by the enemy and expect things to change by lending them our time and attention.”

Torba contends that if you're a Christian, then you’re a Christian nationalist. He points out how the MSM started using the phrase a lot after Donald Trump became president in order to confuse it with “white nationalist,” and will often use “white Christian nationalism.” It’s just a sneaky way to equate Christians with racism. Another similar tactic they use, which I’ve previously pointed out, is equating patriotism with a bad form of nationalism, such as that under Nazi Germany.

The essence of Christian nationalism is loving your neighbor. Torba hints at an America First mentality, saying we must place interests of those near us over those in foreign nations. He explains, “David Chilton once said that ‘Freedom cannot be exported to a nation that has no marketplace for the Gospel’ and of course he was echoing 2 Corinthians 3:17 which tells us that ‘where the Spirit of the Lord is, there is Liberty.’”

When others call Christians hateful, Torba responds saying it’s true Christians hate sin, evil, Satan and the Antichrist. Other accusations Christians face are also incorrectly phrased, like “You’re a racist if you don’t hate yourself for the color of your skin.” Tolerance isn’t a Christian virtue since God doesn’t tolerate sin.

Torba is exasperated that many churches and Christian leaders do little regarding how Christians are treated, even engaging in “a proud endorsement of this madness.” He rants, “The craven, cowardly leaders of American churches will say they don’t ‘want to be political’ or ‘fight the culture wars’ but refusing to fight utter abominations is being political and is fighting the culture wars, but for those on the side of those Abominations.”

Catholic Integralist Shane Schaetzel, who authored the book’s prologue, dismisses criticisms that Christian nationalism is similar to creating a theocracy, or merging church and state. Instead, Christianity supports “secularity,” which is neutral. He distinguishes this from secularism, “wherein religion is expected to keep out of politics entirely, and wherever the government advances, religion must retreat.” Accordingly, under Christian nationalism, the state is mandatory and has laws that must be followed, while the church is voluntary, but the church may influence the state.

Torba gets into a touchy subject for conservatives in one chapter, discouraging use of the phrase “Judeo-Christian” since he believes the two religions do not overlap enough due to Judaism’s rejection of Jesus as divine. He contends that Christians are the natural outgrowth of early Israel, whereas “modern Judaism is a new religion created after the Old Covenant was destroyed,” and “Talmudic Judaism is a new religion made up by those who rejected Jesus Christ.”

Another controversial chapter instructs Christians to stop focusing on eschatology — discussing signs that the Second Coming and Last Judgment are close — since Christ currently rules the earth. Instead, he says churches need to focus on fixing the world now. “If your pastor didn’t celebrate the end of Roe v. Wade, you have a duty to find a new church.” Unfortunately, too many pastors “desire the accolades of the New York Times, Washington Post, and CNN. They don’t want to be lumped in with low-status evangelicals they regard as white MAGA trash.”

Overall, the book provides a helpful glimpse into the real Torba, cutting through the smear of caricatures produced by the MSM about him.