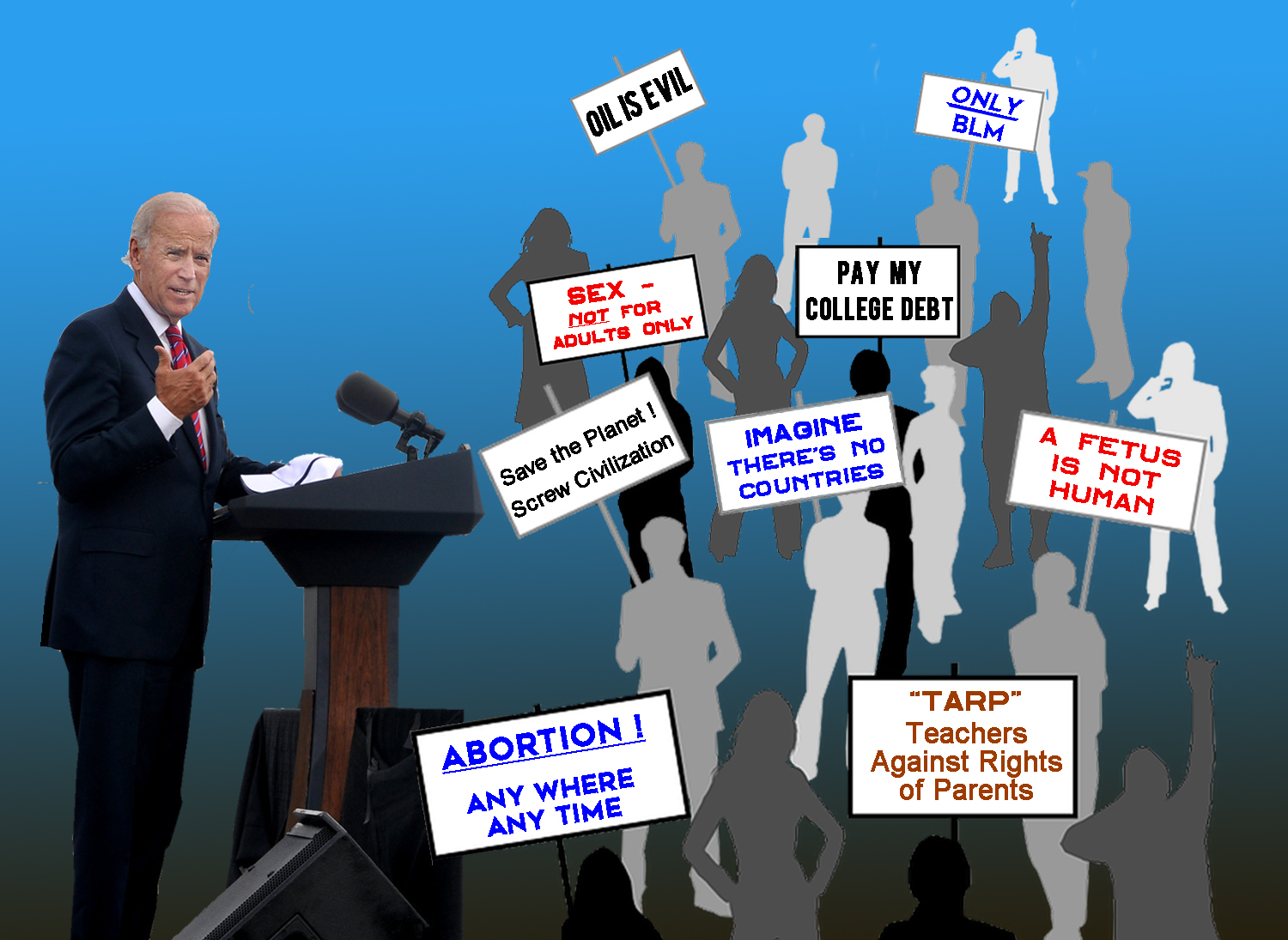 Biden's Constituents by N/A is licensed under N/A N/A
A lot of Americans are mystified by Joe Biden’s historically low approval ratings. They see skyrocketing inflation, an abysmal economy, rising crime across the country, millions of unidentified foreigners flooding into our country across open borders, and a fumbling, doddering president. They see no positive outcomes from any of his policies. On top of that, there are the solid, credible allegations of influence-peddling, and the unmistakable stench of political corruption. So most Americans are mystified - absolutely astonished - that Biden’s approval ratings are not lower than they are.

A recent Quinnipiac University poll indicates that, while 60 percent of respondents disapprove of Bidens performance as president, 31 percent still approve of his presidency. It raises some interesting questions.

Just how much lower can Biden’s approval sink?  Do his tenacious supporters see something that everyone else is missing? And who are the 31 percent who still support Biden?

It’s difficult to imagine how Biden’s approval ratings could go much lower. Here’s why. First of all, Democrats inevitably circle the wagons in time of need. They’ve earned a reputation for putting party loyalty above everything else.

It goes back at least as far as 1969, when a popular young Democrat senator inexplicably drove his car off a bridge on Chappaquiddick Island, drowning his passenger, a young campaign worker. He failed to report the accident until the next morning, leaving the young woman in the submerged car for nine hours. It was a horrific tragedy, and it derailed the senator’s presidential ambitions. But other than that, it had no significant impact on his political career. He remained a hero among Democrats until his death 40 years later.

So with that kind of loyalty, it’s no surprise that many committed Democrats will continue supporting Biden, no matter what. Decades ago, party unity was more important to them than the life of a young woman. Today, it takes priority over the countless young lives lost to the drugs pouring across Biden’s open borders.

But it’s not just party loyalists who blindly stand by Biden.

He has a conglomeration of far-left fanatics who see him as a useful tool, their best opportunity yet to impose their radical agenda. The man who had vowed to represent all Americans was unwilling or unable to unite the people, and instead chose to cobble together a constituency of the most radical, anti-American elements of our society.

They include the green fanatics, those who let nothing, not even common sense, stand in the way of their agenda. They demand the immediate elimination of fossil fuels without considering the consequences, and without a viable alternative to oil and gas. They’re determined to save the planet even if it means destroying civilization.

And the recent Supreme Court decision has galvanized another frantic voting bloc. They pose as champions for women’s rights. But their demand for taxpayer-funded, unfettered abortions shows utter disregard for the lives of unborn children. And like other progressive positions, it rejects entirely the concept of personal responsibility. They search for aberrant horror stories to justify their calls for unregulated abortions. They forget that not that long ago, even Democrats agreed that abortions should not be taken lightly, arguing they should be safe and legal but rare.

Some of Biden’s supporters see an opportunity to mold the minds of future generations to their liking. They would deny parents the right to raise their children as they see fit, and use the classroom to create a “woke” future of perpetual racial division, gender fluidity, and sexual confusion. They’re doing it now by teaching young children such radical ideas as critical race theory and transgenderism.

Others actually agree with Biden’s open border policy. For whatever reasons, they welcome the millions of unscreened aliens swarming across our southern border, and shrug their shoulders at the violence, the drugs, the diseases and third-world problems that come with them.

And let’s not forget the other anti-American elements that support Biden. We don’t hear the phrase “defund the police” much these days, but they still believe police are systemically racist, and their continued disdain for law enforcement is abundantly clear. Biden has allied himself with the woke culture and Black Lives Matter. Their efforts to demonize police and lionize criminals, has warped our societal moral code, leading to a crime surge like we’ve never seen before.

Joe Biden won’t be on the ballot in November, but his policies will be. These constituents represent a small minority of the voting public – just 31 percent. But if Democrats somehow manage to retain control of both houses of Congress, Biden’s agenda will press forward unchallenged, and his motley constituency will take the country in a radical new direction. Rejecting the traditional values that made America great, it will be a pathway to self-destruction.