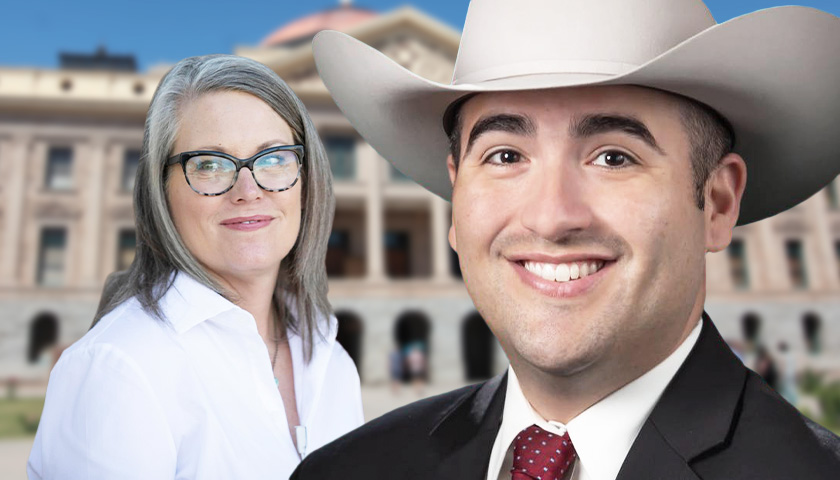 Arizona’s new Democratic governor, Katie Hobbs, is facing criticism for secrecy surrounding the amounts of money that donors contributed to her inaugural events, which previous governors have disclosed in the past. It’s also been revealed that Hobbs asked the donors to contribute $250,000 without explaining where the money was going. Arizona Senate President Pro Tempore T.J. Shope (R-Coolidge) said he might conduct an investigation.

“I would think it might be something we would look into,” Shope told AZ Family. “We should have the right to know as a citizen what kind of contributions they’re getting.”

The $250,000 contribution to be a “platinum sponsor” got donors 25 seats at Thursday’s inauguration ceremony, signed programs, and a “special gift.” There is no limitation on how much donors can contribute. Hobbs asked for 10 times more money than previous Governor Doug Ducey did for his second inauguration.

While some local left-leaning journalists have criticized Hobbs, progressives have been largely silent. The Arizona Sun Times asked the Arizona Democratic Party if they took a position on Hobbs’ inauguration contributions but did not receive a response by publication. In contrast, federal prosecutors opened up an investigation after former President Donald Trump raised $107 million from inaugural donations. The Washington D.C. Attorney General’s office sued Trump’s inaugural nonprofit, alleging waste.