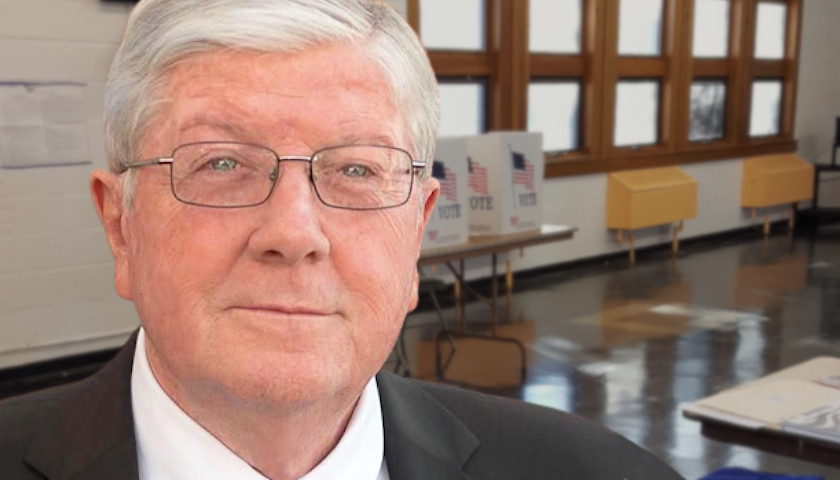 Arizona Corporation Commissioner Jim O’Connor and a group of concerned Arizonans have made some progress in their efforts to convince Arizona’s counties to refrain from using electronic voting machine tabulators in the November 8 election. The Cochise County Supervisors (CCBOS) voted two-to-one during a meeting on Monday to conduct a hand count in addition to using the machines, although after a threat from Arizona Secretary of State Katie Hobbs’ State Elections Director Kori Lorick, it may only be a partial hand count.

“It’s about the people. It’s about our right to vote and have our votes counted and feel confident in the election process,” Republican board member Peggy Judd said, explaining why the hand count is needed. She said immediately before the vote, “I’d like to take this chance. My heart and my work has been in it and I don’t want to back down. I might go to jail.”

O’Connor, who sent a letter in August to county officials around the state urging them to refrain from using the machines, followed up with a second letter this month threatening legal action. He reiterated his position that county officials have discretion under A.R.S. 16-442 whether to use the machines. He said there may be “a potentially fraudulent election” otherwise. O’Connor demanded the county officials produce documentation of the labs’ Election Assistance Commission accreditations at the time the voting machines current build received their Certificates of Conformance, since without it the machines aren’t in compliance with the Help America Vote Act of 2002.

O’Connor cited ICS-Cert Advisory Alert (ICSA-22–154-01) issued by the U.S. Cybersecurity & Infrastructure Security Agency in June, which listed “13 serious security vulnerabilities” involving machines used in Arizona “that have not been mitigated or remedied in our state.” He warned, “Be advised that, in the event you choose to ignore or disregard this notification and conduct your county election on electronic voting machines and tabulators that are later deemed uncertified, and therefore illegally used, every elected official responsible will be held personally liable and accountable.”