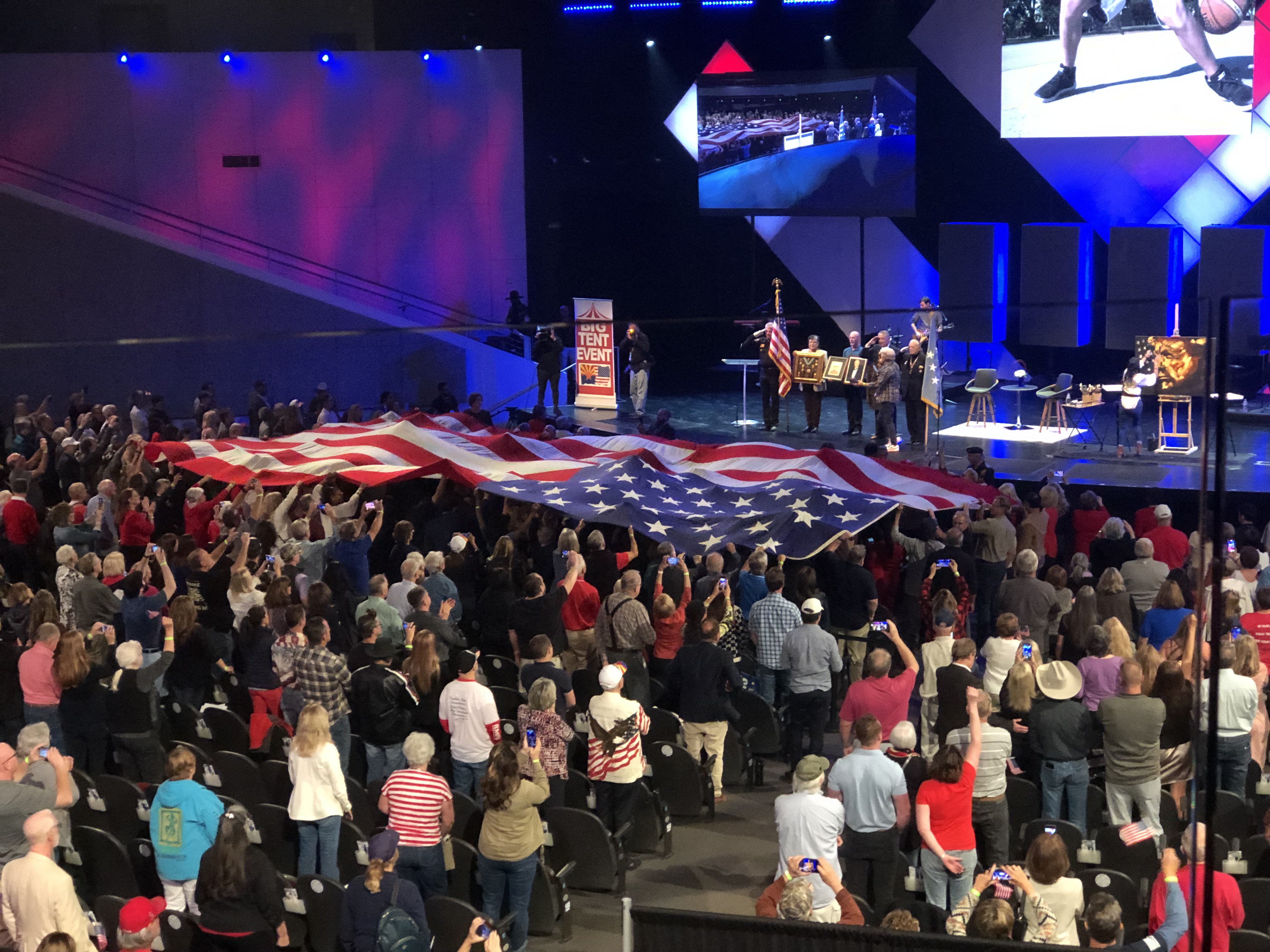 Patriots of Arizona put on a rally Monday night at Dream City Church in Phoenix featuring a long list of candidates running for office, from local school board candidates to Kari Lake for governor. Former President Donald Trump has endorsed several of them, and most of his picks are leading in the polls. Emceed by pundit Kevin Jackson, the theme of “Big Tent Event: Unite & Win Again” was how Republicans are set to sweep Arizona on November 8. 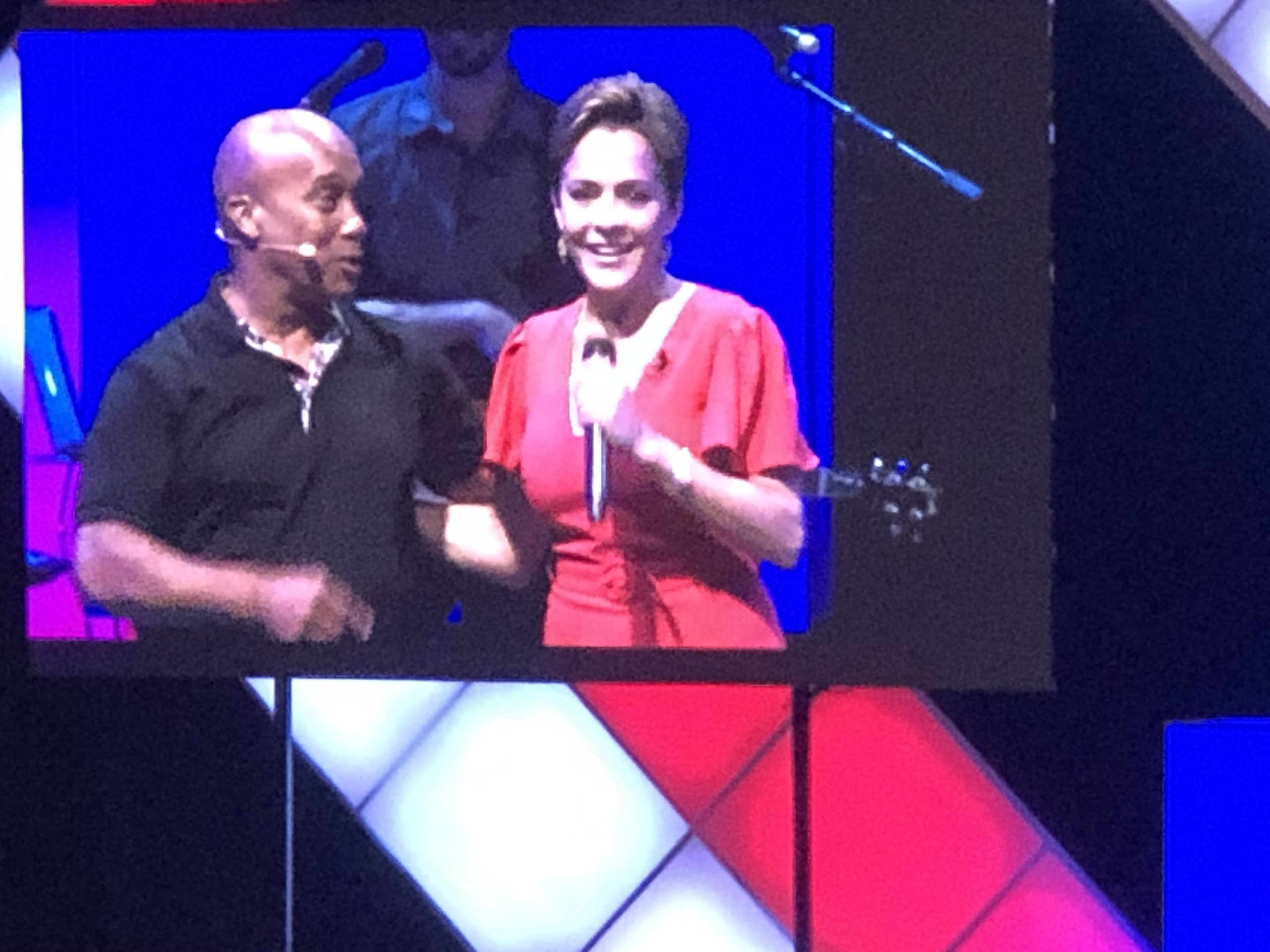 Jackson opened the event telling the crowd of several hundred, along with 27 organizations, some of which had booths outside the event, “I’m Kevin Jackson and my pronouns are FJB.” The founder and president of Patriots of Arizona, Bonnie Ebstyne, thanked the church for hosting the event, noting that “other churches have not opened their doors.”

Jackson asked, “What happened to all this toxic masculinity?” He pointed out how Lake is about to become the next governor, Kelli Ward is the chair of the Arizona Republican Party, and the organizations present are led by women.

State Representative Joseph Chaplik (R-Scottsdale), who is vying to be the next Arizona House Speaker, warned that the Democrats’ calls for democracy are dangerous. “Democracy creates power for the majority, denies the rights of the minority,” he said.