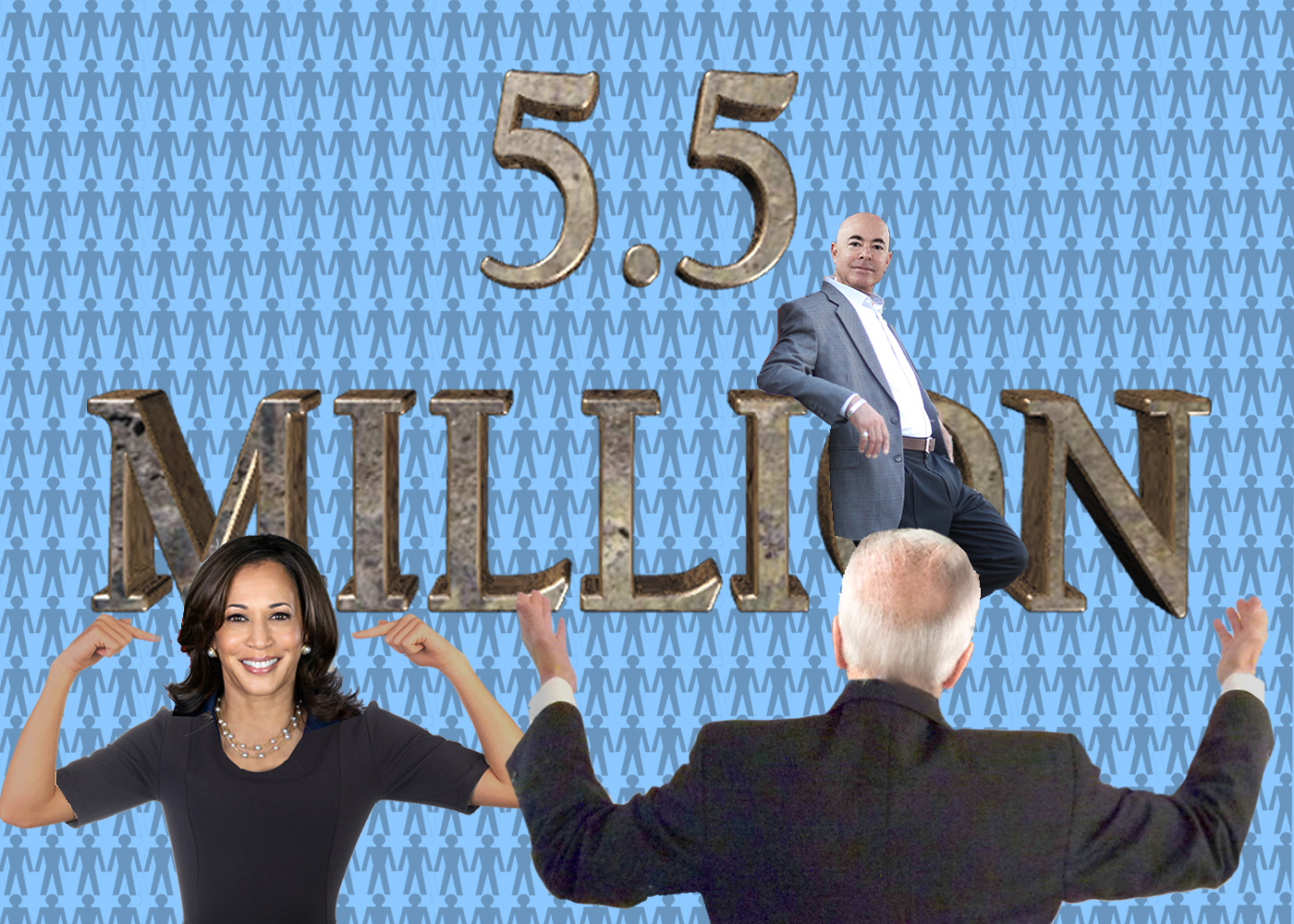 Open Border by N/A is licensed under N/A N/A
With all the chaos on our southern border, no one can know the exact number of immigrants who have illegally scrambled into our country through Mexico. But according to the Federation for American Immigration Reform (FAIR), five and a half million foreign citizens have illegally entered our country since Joe Biden took office. That number is staggering. By way of contrast, the city of Los Angeles has a population of around four million. The number of new illegal immigrants exceeds the entire population of countries like Ireland. Uruguay, and Norway.  It’s roughly four times the number of service members in America’s armed forces.

And that’s after just two years.

Ominously, thanks to Biden’s policies like catch-and-release, we know virtually nothing about those five and a half million people, now living among us.

Yes, most of them are probably just looking for a better life, but some of them are hardened criminals and gang members, with no respect for the laws of our land. In fact, they’ve all begun their new lives by disrespecting our immigration laws. Some of them are bringing diseases that most Americans have only read about. Many of them reject American values, like equality for women. Many come from cultures that subjugate women; they embrace such concepts as Sharia Law. And virtually all of them come from impoverished countries, with no marketable skills. Few speak English. American taxpayers are left burdened with their housing, medical, and educational expenses.

Undoubtedly, some of them are coming with malicious intentions – to abuse our freedoms. Some hate America, intending to inflict damage on our homeland. For years after the horrific 9/11 attacks, Americans were fixated on sleeper cells – covert teams of America’s enemies, quietly living within our communities, waiting for some signal to attack us where we live. If they weren’t here before, Biden’s policies have handed them the opportunity they needed.

This chart, posted by the U.S. Customs and Border Protection, gives some inkling into the magnitude of the problem. It indicates that in the fiscal year 2022, more than 62 noncitizens were convicted of homicide, 365 were convicted of sexual offenses, and 2,239 were convicted of drug possession/trafficking. How many young people have lost their lives to the drugs flooding into our country through Biden’s open borders?

The reason we have five million new mouths to feed, so many criminal aliens, and an unknown number of ticking time-bombs in our midst is not because of failed leadership or gross incompetence. The people responsible for this fiasco have shown no interest in suppressing, or even addressing the problem. They are deliberately subverting our immigration laws. The resulting breach in our national security is a betrayal to their oath of office and to the American people.

There was never any need or justification to open the flood gates. Prior to Biden’s disastrous policies, our government, not the drug cartels, controlled our southern border. Immigrants were admitted to America by way of an orderly immigration process. Upwards of one million per year were properly identified, screened, and welcomed as legal immigrants.

Of course, Joe Biden bears the ultimate responsibility for his insane and dangerous border policies. But he’s been aided and abetted by two accomplices – Kamala Harris, his border czar, and Alejandro Mayorkas, his secretary of homeland security. One serves as the distraction. Harris’ quest for the “root cause” of illegal immigration is intended to take our attention away from the real cause. And Mayorkas is the shill. He’s supposed to lend credibility to the border sham. But his repeated insistence that “The border is secure” only reveals his own defiance and arrogance. It does nothing to convince the public. Coupled with more than five million interlopers, his farcical and defiant claims only succeed in shredding his credibility.

But most people are more concerned with other issues today. They’re focused on immediate problems like inflation, spreading anarchy, and the indoctrination of America’s children by radical educators. At the current rate of illegal immigration, though, it won’t be long before virtually all Americans are, in some way, impacted by this problem.

The security of our country and our national sovereignty can’t be ignored forever. Joe Biden rants about delusional threats to democracy from the opposition party. He never talks about his globalist triumvirate that is unilaterally ignoring the laws of our republic, jeopardizing our national security, and destroying the sovereignty of our nation.

Biden and his accomplices lack the moral courage to defend their policies. They have no intention of closing the border, no concern about the chaos they’re creating, and no compassion for the victims of their agenda. They have no respect for the country they serve. And they have no shame.