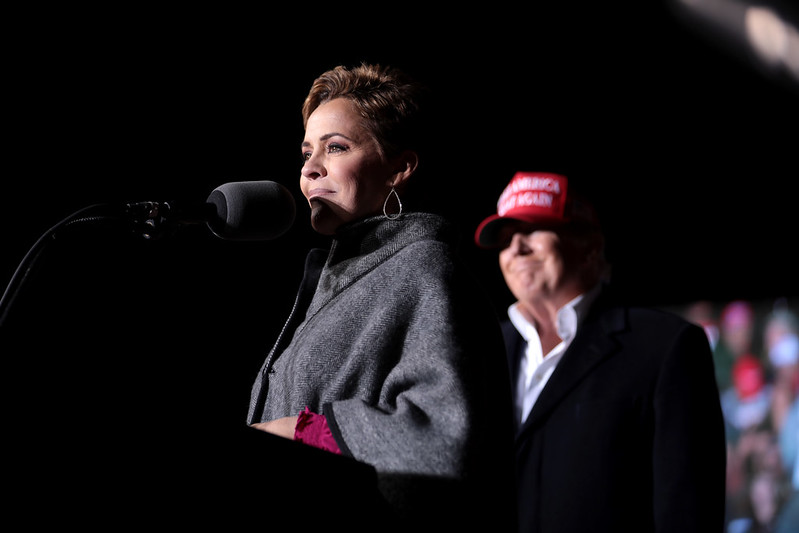 Kari Lake and Donald Trump by Gage Skidmore is licensed under N/A N/A
After a large increase Tuesday’s primary election voters cast their ballots in person – which are tabulated last – Kari Lake and every other Trump-endorsed candidate in Arizona all appear to have won their primary races. Approximately 97 percent of all precincts have submitted their results. According to ABC-15’s “Data Guru” Garrett Archer, there are 186,067 ballots outstanding, including 112,000 from Maricopa County and 41,968 from Pima County. Maricopa County’s results usually mirror the state’s results.

Arizona Republican Party Chair Kelli Ward, who has been very concerned about the possibility of voter fraud, expressed her frustration that all the votes had not been counted yet. She tweeted Wednesday night at the Maricopa County Elections Department, which is run by County Recorder Stephen Richer, “We all know that @MaricopaVote is ridiculous. Get the results, you fools.”

After seeing a batch of ballots from Pima County favor Lake, local reporter Jeremy Duda, who has covered Arizona elections for years, tweeted, “Lake’s lead hasn’t increased much, but the trajectory is undeniable. Everything is still moving in her direction.”