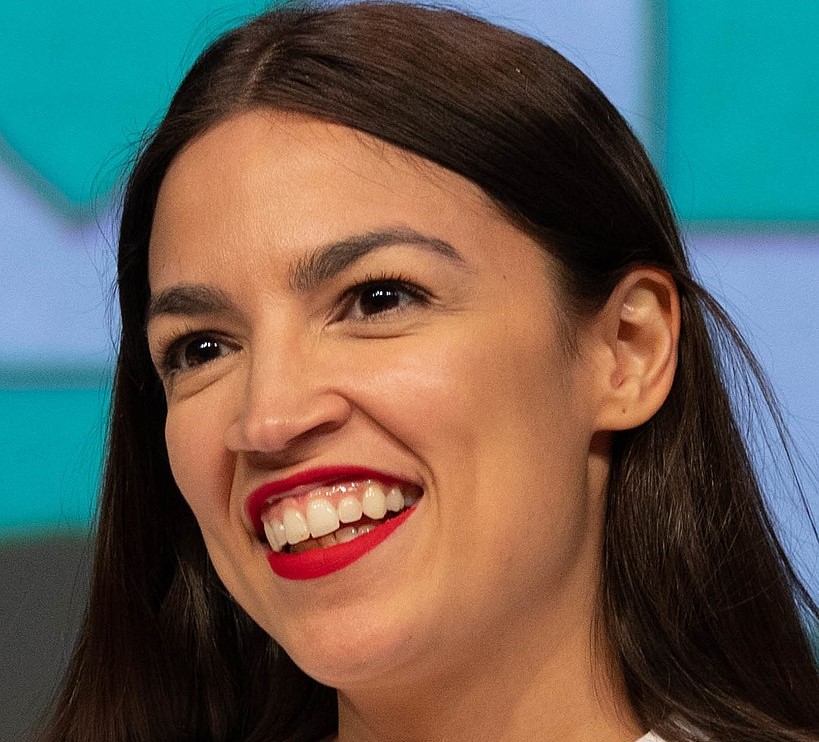 AOC/Wikipedia by N/A is licensed under N/A N/A
When it comes to saving face during an important period of time – like, for example, Election Day – most politicians might say anything to save face. That said, I can’t quite figure out what Democratic New York representative Alexandria Ocasio-Cortez was coming from with her latest comments.

Ocasio-Cortez, or “AOC” as she’s known in some circles, stopped by the “Breakfast Club” radio show on Tuesday, as people were headed to the polls for their respective nominees. But in the midst of their discussion, she was asked about the growing crime rate in New York, and the city’s inability to keep up with it. It’s here that AOC decided to make some interesting comments on the matter.

"A lot of people think that crime is up, when we actually see that shootings are down, when we see that huge indicators on the most violent crime in New York City is down," she noted.

Before we get to the rest of her comments, let’s address that. New York is in a state of crisis right now. It’s set to lose over 4,000 officers this year alone – including some that are leaving behind their pension. That’s also not including the many that were unfairly fired a couple of years ago in the face of the city’s vaccination mandate. (Side note: they still haven’t been hired back yet.)

So to just come out of nowhere saying “shootings are down,” followed by “most violent crime in New York City is down” – and without any statistics to prove otherwise – just makes no sense.

So let me see if I have this correctly. “Subway crime is up,” but part of that problem is because more officers were added to that particular system? That’s just a slap in the face to all officers still working the beat in this troubled city, basically calling them ineffective – and, once again, without the numbers to back up her information.

Apparently I’m not the only one that took issue with AOC’s statement. Emily Compagno, who serves as co-host of the Outnumbered show, explained to Fox News, <about:blank>  "It's absolutely, patently false for her to be saying that police presence does not deter crime and to blame violent attacks or rise in crime on our New York City's finest.”

Exactly. There’s already enough of a problem with not having enough officers on the street to keep up with what’s happening with criminals. But this representative has the sheer audacity to point a finger at them and say they’re not effective because “subway crime is up”? The problem is the system, not the officers that are still out there, struggling with everything the city’s government is putting them through.

Kennedy, who hosts his own show on Fox Business, was even less kind with his thoughts. "She’s delusional," he said. "She’s flat-out wrong. If she believes it, she’s not fit to serve.”

I agree wholeheartedly. Ever since Democratic control came into this city, it’s just been mistake after mistake, namely with whatever governor Kathy Hochul has done with her gun mandates (even the new ones made in the face of the Supreme Court’s recent decision to overturn them), as well as that vaccination mandate wiping away thousands of jobs merely due to choice. (And, again, they have not been refilled – which goes to show what’s happening with leadership.)

The best thing I can hope for is for Ocasio-Cortez to make some form of apology. The last thing New York leadership should be doing right now is calling the few officers still on the payroll inefficient, and questioning whether more is actually less when it comes to their numbers. I have no idea what drove these words – political motivation, giving Hochul an edge with her very narrow re-election bid – but all I know is that they have an impact.

If New York isn’t careful, that kind of impact could mean more officers leaving in 2023. Then all sorts of crime, and not just in the subway, will be “up.”


About Michael Letts:
Michael Letts is the Founder, President, and CEO of InVest USA, a national grassroots non-profit organization that is helping hundreds of communities provide thousands of bulletproof vests for their police forces through educational, public relations, sponsorship, and fundraising programs. He also has over 30 years of law enforcement experience under his belt, hence his pro-police stance for his brothers and sisters in blue. Those interested in learning more about Letts can visit his official website here.