A Message to My Congressman 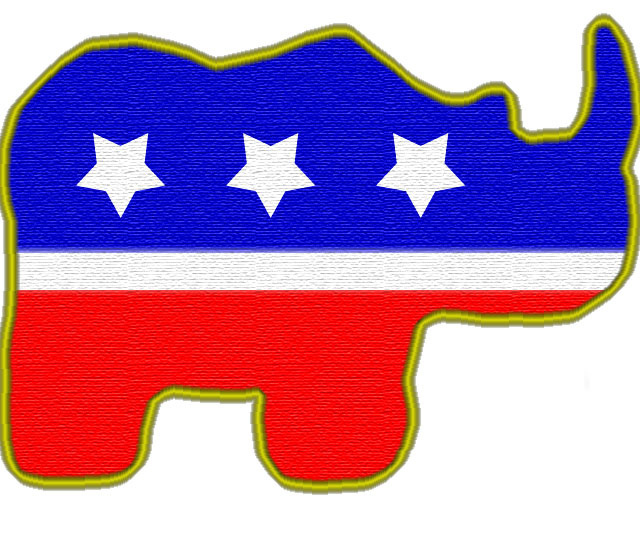 A model letter to our “ruling elites” who seek re-election.

You are hereby placed on notice.

You have squandered the strength and solidarity of an entire nation and it will no longer be tolerated.

You may think that we, the people, are too stupid, lazy, or self-absorbed to notice your complicity, even sponsorship, in our gradual—now sudden—demise. True, large swaths of the country do, at times, demonstrate appalling levels of intellectual and moral sloth, but the majority of the citizens remain faithful to the Constitution and to the continued promise of this great nation. My fellow Americans have become awakened (not “woke”) by a steady and accelerating wave of naked selfishness and irrefutable incompetence by our ruling elites. That includes you.

It is not merely the current occupant in the White House that has become a genuine reflection of our government as a whole—decrepit, forgetful, unserious, and led around by a few powerful, cryptic elites who care nothing of the long-term well-being of the nation and its citizens—it is you, congressman, who also bears blame. It is you who has allowed the feeding upon the seed corn of our nation—economically, politically, intellectually, and culturally—in order to elevate yourself.

Oh, please don’t try to blame the other guy, the other party, or some other institution; the evidence has simply become overwhelming that all of you in that first and most important branch of government simply take us, and that great chain of events connecting the past, present and future which form the United States of America, entirely for granted. No more.

Should you happen to take this notice as a threat, allow me to apologize for being unclear, for this is a threat. No, not physically. Your life and your fortune are safe. But I do mean to imperil your sacred honor; that is, if you have any left.

We both know that you, being within the legislative branch of government, are, first and foremost, responsible for passing the annual budget for the functioning of our federal government. You are expected to carefully consider and allot monies—our monies!—for the various agencies and programs in the interest of the American people and have it presented before the president for signature by October 1st every year. Yet, you and your colleagues have accomplished this most basic assignment only four times in nearly fifty years—the last time being 1996 when many of our voters today had not yet even been born. Your “normalization” of endless CRs—continuing resolutions—that have always ended in some opaque and grotesque budgetary compromises and excesses that have not only contributed to our frightening levels of debt, but have enervated and deteriorated the abilities of our government entities to serve the security, and other, needs of the citizens.

Is it any wonder that only seven percent of Americans have a great deal of trust in Congress, according to a 2022 Gallup poll, while the most vilified and undermined of our institutions—the police, the military, and small business—occupy the top three most trusted spots? Is it mere coincidence that, while members of your body took (and continues to take) money from the pharmaceutical lobby at nearly 100 times the rate as that from the much-maligned NRA, death and addiction skyrocketed from their “legal” dope? Did your vote help pass the oxymoronic “Ensuring Patient Access and Effective Drug Enforcement Act” in 2016 that was secretly written by Big Pharma to gut the ability of DEA to thwart the ruthless and predatory marketing of prescription opioids?

And, aside from your brave utterances on cable news, why have you done nothing to compel, or at least shame, the executive branch to secure our nation’s border from fentanyl and other drugs? With nearly 300 drug poisoning deaths every single day—the equivalent of one 9/11 every ten days—along with their Mexican cartel salesforce pouring across the border to establish drug distribution cells in nearly every town across our nation, you do nothing more than remind us that you are “not in power,” or that you “don’t have the authority.” With all due respect, that’s bullshit! Since at least FDR’s time, we have stupidly allowed you to amass and centralize more and more power and authority in the corrupt and stench-filled feedlot that is Washington, D.C.

Should we, the “plain folks” who don’t constitute a “special interest group” that can sway you ruling elites with bloc voters or money or media love, decide to vote for you again this election, we will be watching as never before. We will hold you accountable to do what you should do, what you must do if we are to survive as a nation.

The American people have figured out that most of you do look down your noses at them. They see that, just like the globalist elites that constitute the pharmaceutical industry and their less sophisticated but every bit as evil twin, the Mexican drug cartels, you ruling elites also view traditional Americans as ever exploitable, expendable, even—dare I say it—deplorable. To paraphrase Philosophy Professor Harry Frankfurt, the “plain folks” are to you ruling elites what truth is to the bullshitter—not something to be directly and transparently opposed, but, rather, a group to be treated as insignificant, trivial, irrelevant.

The twenty-year tragedy of Afghanistan that culminated in the disastrous and deadly withdrawal last year laid bare the ugly truth that the word of America’s establishment elite no longer means anything. The promise—indeed, the covenant—that the nation would always honor the promises made to those citizens and our allies who sacrifice on America’s behalf has vanished like clouds over the Hindu Kush. The sudden and unexpected betrayal of our fellow Americans and our partners left behind in Afghanistan was shocking. It also revealed the ugly inevitability that my “leaders” could just as easily one day betray me in order to protect or elevate themselves.

I will no longer allow you to do essentially nothing as our fundamentally unserious executive branch allows—even incentivizes—the highly-focused, ethnocentric and shockingly violent Mexican cartels to flood this nation with deadly drugs that are decimating our citizens, along with a human invasion of not merely “poor, huddled masses yearning to breathe free,” but murderers, thieves and criminals of every kind. Your continued failure to perform your sworn duty will, at minimum, saddle this nation with economic, medical, and cultural burdens for generations, if not forever. And since those Mexican cartels, like the warlords in Afghanistan, have already devoured their own nation and turned it into a narcostate, many of us “plain folks” across America are left wondering when you will finally do something before they devour ours.

Do your damn job! Do it on my behalf like you’re supposed to!

And consider yourself hereby placed on notice.

Jeff Stamm is a 40-year law enforcement veteran, having served as a Deputy Sheriff in Sacramento, California, a Special Agent with the U.S. Drug Enforcement Administration, and as the Executive Director of the Midwest High Intensity Drug Trafficking Area (HIDTA) program. He is also the author of “On Dope: Drug Enforcement and The First Policeman” and speaks extensively on the global drug threat.